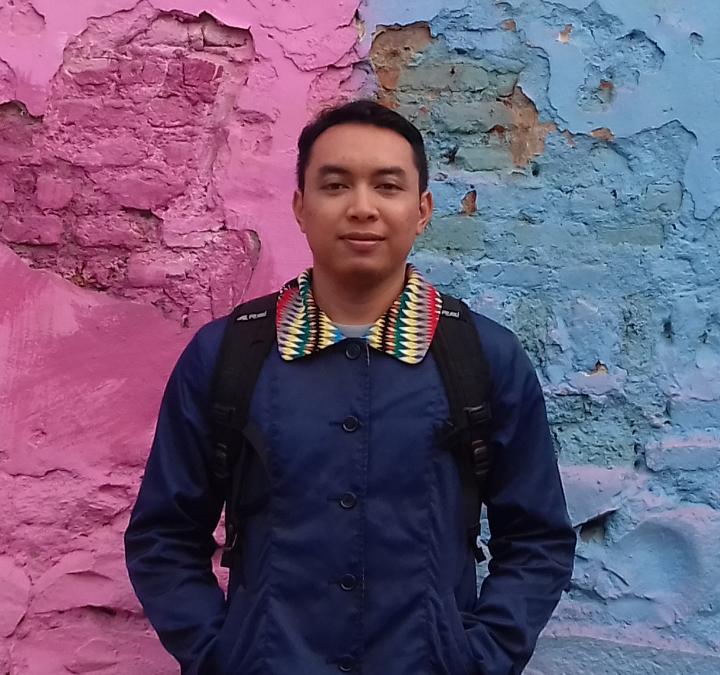 Ciputat, UIN NEWS Online– UIN Jakarta once again felt proud of the success of alumnus that recorded the achievement as a scholarship awardee The Indonesia Endowment Fund for Education (LPDP) Ministry of Finance of Indonesia 2017. The awardee was Izzuddin Abdul Hakim, an alumnus of Political Science study program, FISIP UIN Jakarta who had been successfully won scholarship to enroll his masteral degree in Monash University, Australia.

Didin, his familiar nick name, won a 2017 LPDP scholarship to take a master study of language at Monash University Australia after a hard competition. Besides the language requirements he must meet, h e was struggle to win scholarship because the field of his study is different from his scientific background in undergraduate level.

“When the selection process of scholarship challenged me, I faced a difficult thing because that the majors I chose in Monash University was different from my previous education, political science,” he said.

In addition, he continued, the field of study he took was not a priority program of the scholarship. In order to pass through this condition, he worked it by preparing the background, the urgency of the field selection, enriching supportive experience well.

In enriching his experiences, Didin chose to work in the field of language teaching. After graduation ceremony, he became an English tutor at the Islamic Boarding School Nurul Islam, a boarding school where he had attended before went to UIN Jakarta. As an English tutor, Didin was trusted to manage Al-Kautsar English, a language development division for santri students.

As a coincident, his English teaching activities was not far different from his activities while he was undergraduate student. On his free time in studying and organizing, Didin filled his days by teaching at various course institutes for college students in Ciputat and surrounding areas.

To ease the grant of his scholarship proposal, and to follow advices from alumni who had already won the scholarship, Didin first corresponded with the lecturer on campus for his intended study. Communication was done to get a Letter of Acceptance (LoA).

“All efforts were taken. And Alhamdulillah I got the LoA before applying for LPDP scholarship, “he said.

About the different previous study program, he has his own reasons. According to him, as a santri, he realized that the biggest problem of most Islamic Boarding School in Indonesia was the imbalance portion between English teaching compared to Arabic.

“As a result, the English proficiency of students after completion the boarding school was less compete compared with students of formal education graduates,” he explained.

Such conditions, he continued, cannot be left behind. Islamic Boarding School needs to strengthen the teaching of English. Because the ability to speak English is needed as globalizations happen in Indonesia.

By studying the language and taking the study of English masters, Didin has his life goals of designing an English teaching curriculum in Islamic Boarding School. “I have a dream, besides Arabic, the students are also fluent in English. That way, a santri has a change to be worldwide, “he hoped. (usa)