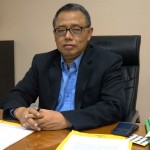 Ramadan is a great month for muslim followers, Ramadan is a glory month, and Ramadan is a full of blessing month. These are the words that often appear in welcoming Ramadan, either directly spoken from one to another, or through media of communications including through social media. This tradition is an accumulation of empirical experiences of Muslims in the month of Ramadan as a month to increase the ritual worship, social dedication, and to improve the quality of spirituality, towards attaining the ideal Muslim with psychological maturity to deal with the problems that arise in social and professional life. One tradition that specifically been requested by the Prophet Muhammad in facing Ramadan is as stated in one of his hadith as follows:

There is no doubt about this hadith, and almost all Islamic scholars use it to emphasise the importance of fasting in Ramadan during the day time which was held solely because of the faith in God while doing self introspection at its night, Allah willforgivethe sinsthat have beendone whosoever does it God will forgive all of the old sins.

The guarantee of God by the statement from prophet Muhammad, was asserted to promote the aggregation of our obedience, because the quality of piety and devotion in God is always measured by the achievement in carrying out all the obliged good deeds, and away from all the bad things that are forbidden by Allah and His Messenger, and remove all previous sins due to errors he/she had ever done. The godly achievement, is an accumulation of various acts of obedience in ritual worships, social dedication, and spiritual growth which is the source of the good or bad deeds.

In the momentum of this Ramadan fasting, all muslims are trained to increase the frequency of ritual worship, all muslims are requested to pray tarawih ended by witr, and thenfollowed by maximizing the night time to increase devotion, zikr and muhasabah self introspection to regret as well as ask forgiveness from God for all sins that had been done in their live,. Then, in the month of Ramadan, we are also requested to increase the frequency of reciting al Qurâ€™an as the holy book for muslim followers, with two advantages, understanding the message of Islamic doctrine, and also getting the reward from God for those who read it. Then, in the month of Ramadan we also have the specific ritual worship with social context, zakat fitrah (the charity to clean up our soul). This is the charity only in Ramadan to release ourselves from the error of consuming a small part of poor people right that maybe exist in our wealth, due to the doctrine that â€œthere is a right of poor people in every part of the rich people earningâ€. Thus, zakat fitrah was revealed as an obligation for Muslim people who has revenue from their business or professional work, and may be lack of accuracy in calculating zakat payment or not counted yet, not by the intention or negligence, but merely errors in calculation. In the occasion of Ramadan, God provides all Muslim followers to clean up their stains and sins, whether because of violating the order and prohibition or negligence in calculating zakat. So, after Ramadan he/she will be like a newborn baby from its motherâ€™s womb.

At the same time, in the month of Ramadan is also advisable to increase the charity or even infaq, namely spending treasures in Allah’s way beyond that required. Starting with the recommendation to give the breakfast for those who are fasting, and Allah will give him/her the reward as the same as the reward for fasting person. The promise of reward is actually just as a reward, but the point is that God wishes to establish Muslims as people who have social concern for others, both in religion and not in religion, because the social balance will be bridged by caring each other. In the developed countries, the concern has been managed by the state and paid out by the society in the form of a progressive tax, and all the people who do not work get social insurance, so that they could survive as other communities. The instruments we have today to raise our concern are only zakat (obligatory charity), sadaqah (voluntary charity) and infaq (total charity), and have not been managed properly by the state yet, so they are still sporadic, and are very difficult to measure the level of success.

Beyond all those good deeds, there is a tradition of ritual that God has commanded to the Muslim followers, and was taught by His Messenger Muhammad., that for those who fast during the day, it would be perfect if they complete it by muhasabah at night time. Starting with praying tarawih and then closed by witr, and then continuedat the night before the dawn, by praying tahajud followed by the contemplation of what is wrong with his/herself during this time?, What must be corrected immediately, while repent to God not to repeat such mistakes. Doing the contemplation is not only just to regret over various violations of the rules of Shari’ah, but also to regret the actions, attitudes, and work behaviour in our profession, which are still to be improved, either in relation of our attitude to the boss, staffs or our colleagues in our work environment, or our attitude to ourselves that has not been fair in the process of improving the quality of personality. Contemplations will further accelerate the maturity of our souls, because the maturity of intellect often does not correlate positively with maturity in emotional quotient. It can happen because the education in Indonesia in general is still focused on two aspects those are of head and hand, and has not been focused to the heart as well as the healthy development yet.

This is an ideal Muslim, strong in ritual worship, strong in social dedication, and also strong in spirituality, mentally mature, openness or open minded and is able to receive the excellence that exists in other people, accept his or her own weaknesses. Nobody is strong in all aspects as there is nobody that is weak in all aspects. Humans are creatures that have both advantages and disadvantages. One aspect that is used to be measured the maturity of a person is by his or her ability to accept the existing strengths in others, while accepting that there is a weakness in him/herself.

Fasting with tradition of muhasabah or introspection which is done by contemplation in quiet time at deep night, will awake our consciousness to change. If we have become as exclusive and closed persons all this time, at this moment we can think it over, and change it to be better, and become more inclusive and openness persons (open minded persons?). If during this time we consider ourselves more than the others, either in social position, intellectuali ability, capacity or networking, and we pretend to be the greatest amongst our community, and even always underestimate others, we will change to be able to receive the strengths in others, to respect them and to appreciate their capacity and achievement. Awakening to change is a sign that the escalation to be someone who has the psychological maturity has occurred. Someone who has a mental maturity, will not have a sense of envy which is followed by the attitude of malice in his heart, and also will not appear stunted attitudes that trigger negative behaviours such as , interfere with others, insultthe others, cursing and other negative attitude toward his/her colleagues and community which are contra productive to promote his/her piety. Thus, devotion and piety in God, cannot be measured only with performing high frequency of ritual worship praying to God, fulfilling the obligatory deeds or voluntary, zakat, sadaqah and infaq, fasting both that is obliged in ramadan and the voluntary ones beyond ramadan, and carrying out pilgrimage either the obligatory one or voluntarily. The, devotion and piety in God, are also not enough to be measured by the high achievements of charity and social work carried out in order to seek the pleasure of Allah only, but they are also measured with a high degree of spiritual maturity as a source of good deeds, self-control not to do bad ones. Hopefully the fasting in this 1436 H. is really going to promote us to the highest level of piety and devotion to Allah by improving our spiritual maturity. Amiiin .. Wallahu aâ€™lam bi alshawab.