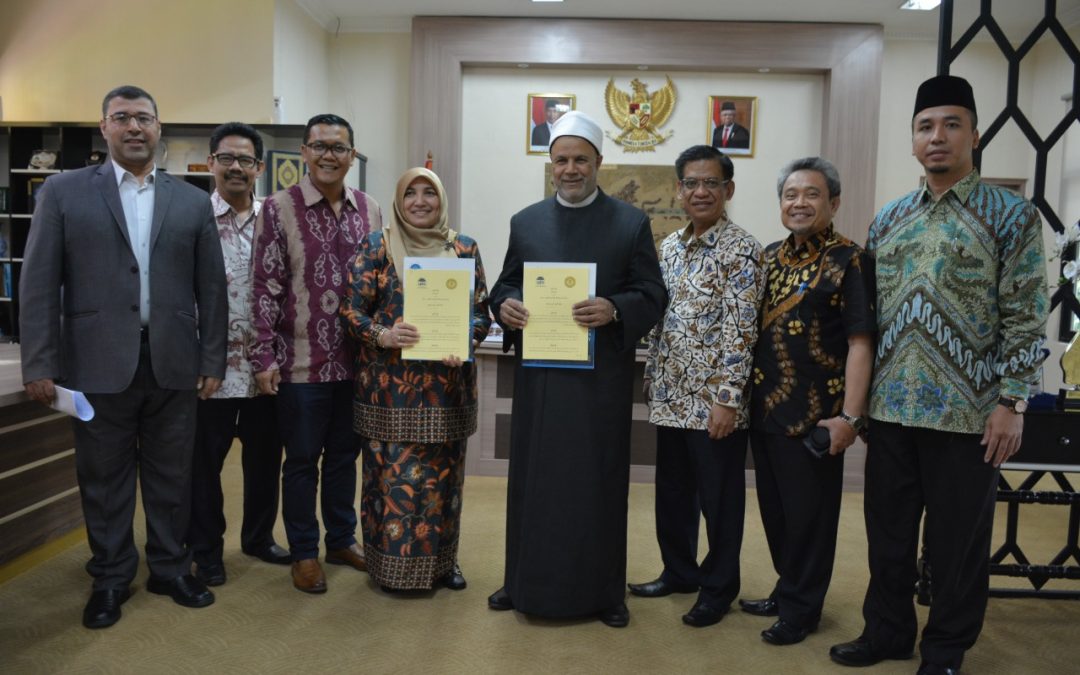 His visit was welcomed by the Rector of UIN Jakarta Amany Lubis, and accompanied by Vice Rector for Cooperation Andi Faisal Bakti, Also present in the meeting, Dean of the Ushuluddin Faculty Yusuf Rahman, Dean of FDI Mohammad Syairozi Dimyathi Ilyas, and head of CiC UIN Jakarta Dadi Darmadi.

During the visit, Al-Amir expressed his appreciation for the academic development that was successfully achieved by UIN Jakarta. He also hopes that UIN Jakarta can continue to collaborate with Al-Azhar University.

In Response, Rector of UIN Jakarta Amany Lubis also hoped that this visit could strengthen relations between the two universities through academic collaboration such as the student exchange program and scientific publishing.

“Hopefully this collaboration can strengthen the academic culture for both institutions,” said Rector.