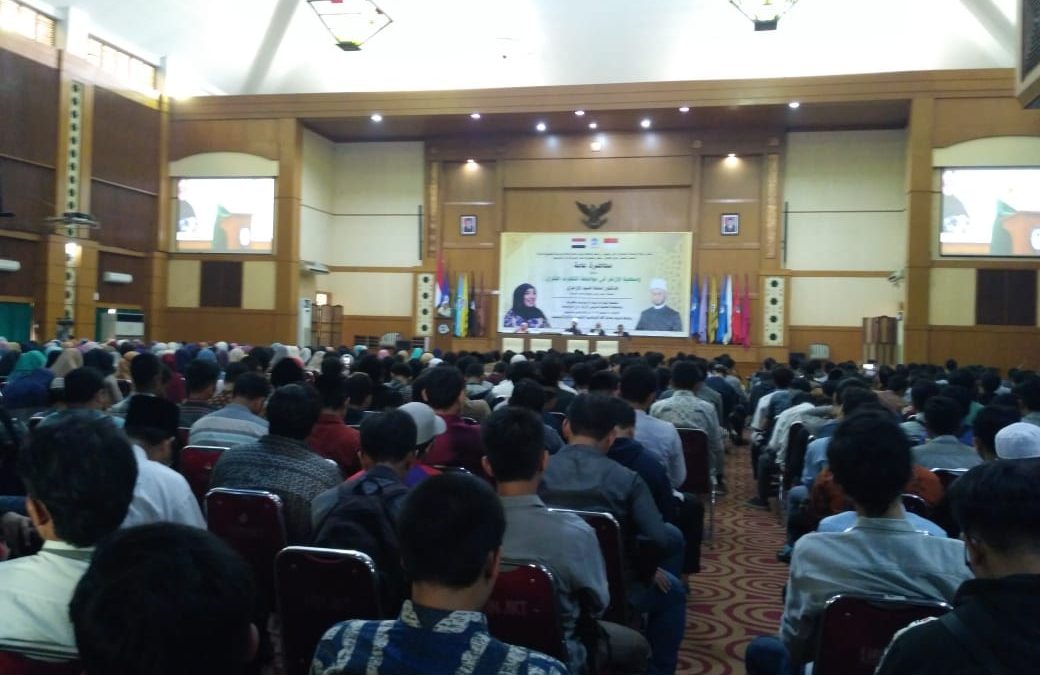 The event, which was initiated by FDI UIN Jakarta and Indonesian Al-Azhar alumni organization (OIAA), was attended by the Rector of UIN Jakarta Amany Lubis, accompanied by all the leadership and academic community of UIN Jakarta.

Rector in her Remarks said that this activity deserves appreciation and support from all parties. “This is in line with the ideals of UIN Jakarta, which always upholds religious moderation,” she said.

Meanwhile, Usamah al-Azhari ini his speech explained that there are five important points that must be applied in every human being in maintaining peace and prosperity.

Moreover, Usamah also appealed to students in Indonesia to avoid radical belief. Moreover, he also delivered a hadith that explains the love of fellow human beings.  “To realize it, we must embedded the five points that I mentioned earlier,” he concluded. (usa/lrf)