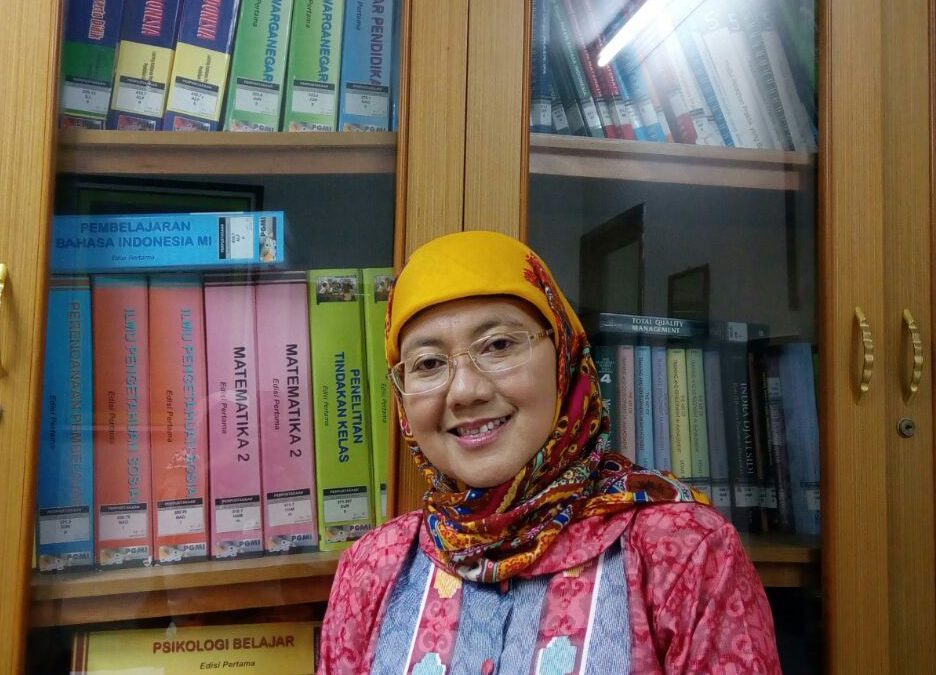 FITK, UIN News Online – Faculty of Educational Sciences (FITK) UIN Jakarta has a new professor.  Prof Dr Ulfah Fajarini MSi, a lecturer in the Social Science Education (IPS) department, became a professor in the field of Cultural Anthropology from May 1, 2017. She became a professor after going through the lecturer credit numbers collecting process with a total score of 920 kum.

Ulfah Fajarini was born in Jakarta on August 28, 1967. He is the third daughter of Prof Dr H Hadjid Harnawidagda MPd (late) and Hj Sudarsini Hadjid. She took her elementary and secondary education at SDN Legoso Ciputat in 1980, SMPN XI Jakarta in 1983, and SMAN VI Jakarta in 1986. After high school, he went to the Department of Anthropology at the Faculty of Social and Political Sciences University of Indonesia and graduated in 1991.

To develop her knowledge, she continued her education to master and doctoral programs in the same field of science as well as in the same faculty and university. Both levels were achieved in 1998 and 2012 respectively.

Apart from being a lecturer and researcher, she is also productive in writing scientific journals, both national and international. Some of her scientific works even already indexed in Scopus, among them are Traditional Knowledge on Malaria of Gayo People in Centeral Aceh, Indonesia (Studies on Ethnomedicine, KRE Publisher Vol 10, Oktober 2016) and Indigenous Tourism: Ngarot Tradition in Indramayu, West Java, Indonesia (Advance Science Letter, American Publisher, 2017). (usa)