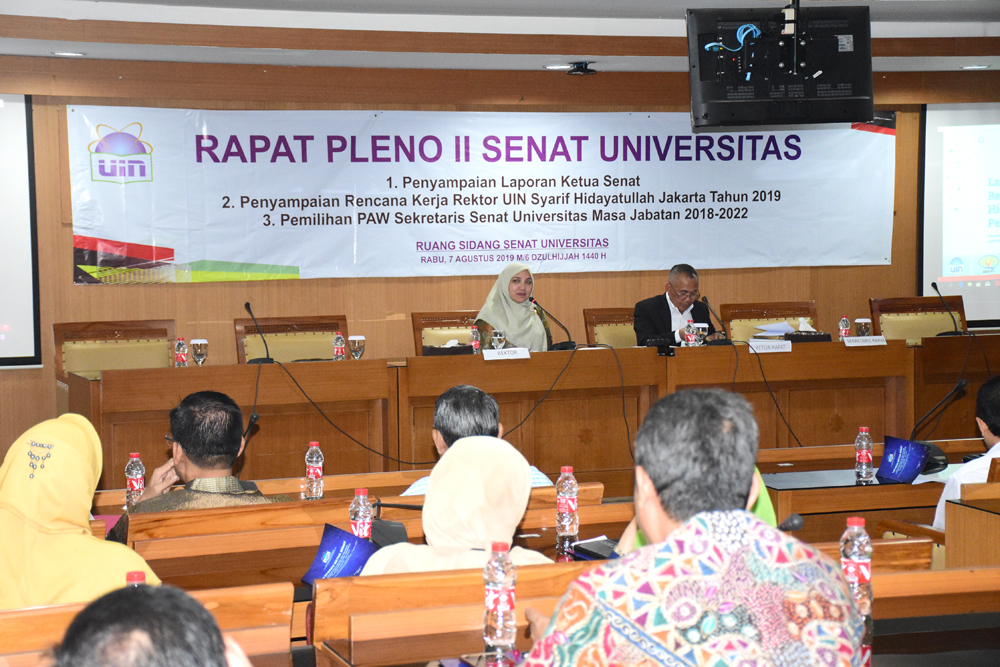 Diorama Room, UIN News Online – UIN Jakarta will build an underground sports stadium. The location of the building construction is determined in the main square of the campus or behind the Triguna Utama UIN Jakarta High School / Vocational High School.

This was stated by the Chancellor of UIN Jakarta Amany Lubis during  Work Program Report for the January-July 2019 period at the University Senate Plenary Meeting in the Diorama Room, Wednesday (08/07/2019).

“This concept is like the construction of an MRT (mass rapid transite) or subway in Jakarta. Even in Japan itself, the concept of building downward has been widely used and designed with modern technology. In fact, Japan is an earthquake-prone country,” she said.

To build the building, said the Rector, UIN Jakarta has teamed up with a team of experts from the Bandung Institute of Technology (ITB). The team will create concepts and design buildings according to the needs.

In addition to building underground stadiums, UIN Jakarta will also build underground tunnels that connect the campus 1 and campus 2.

According to Amany, UIN Jakarta is currently finalizing the proposal for the construction of the building and tunnel. If it does not get in the way, development will begin in 2020.

“We want the UIN Jakarta land in Cikuya to be utilized properly,” said Rector. (usa)