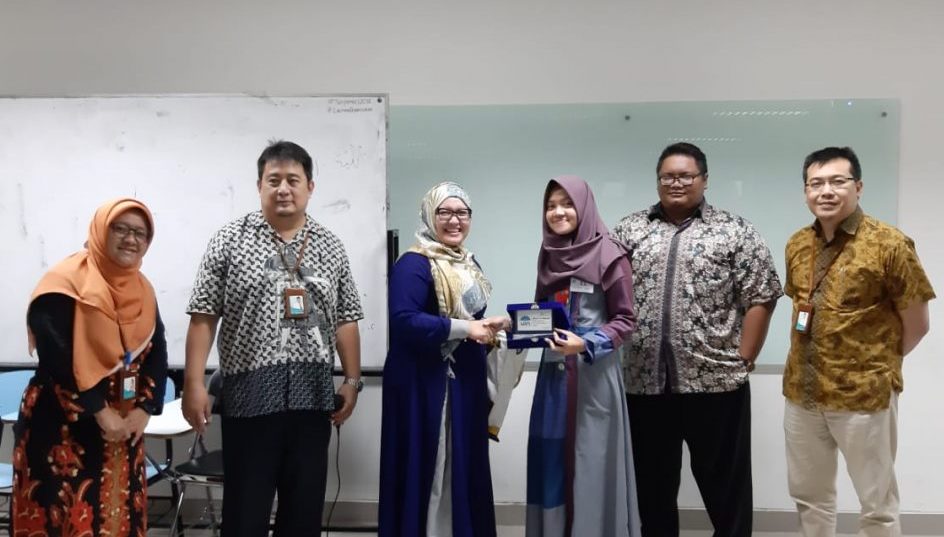 To UIN News Online, Khair El Nisa Irwan Maulana said that she had been underestimated because she was the only participant with a medical background, the other participants were students from Arabic majors. “Alhamdulillah, Alhamdulillah, my strong desire to give the best for FK and UIN Jakarta finally paid off. I continued to advance and present the world of medicine with the theme Avicenna and its role in the World of Medicine,” she said.

Separately, Dean of FK Hari Hendarto appreciated and was proud of the achievement. He asserted that the FK UIN Jakarta would always facilitate such activities.

“Iam very proud of FK UIN Jakarta students who always develop skills and achievements both in the academic and non-academic field,” he said.

Hari also added that Nisa’s achievement proved the superiority of UIN FK Jakarta. “Apparently, there are prospective doctors who are proficient in Arabic. This is an asset of FK UIN Jakarta which must be followed by other students,” said Hari. (usa)