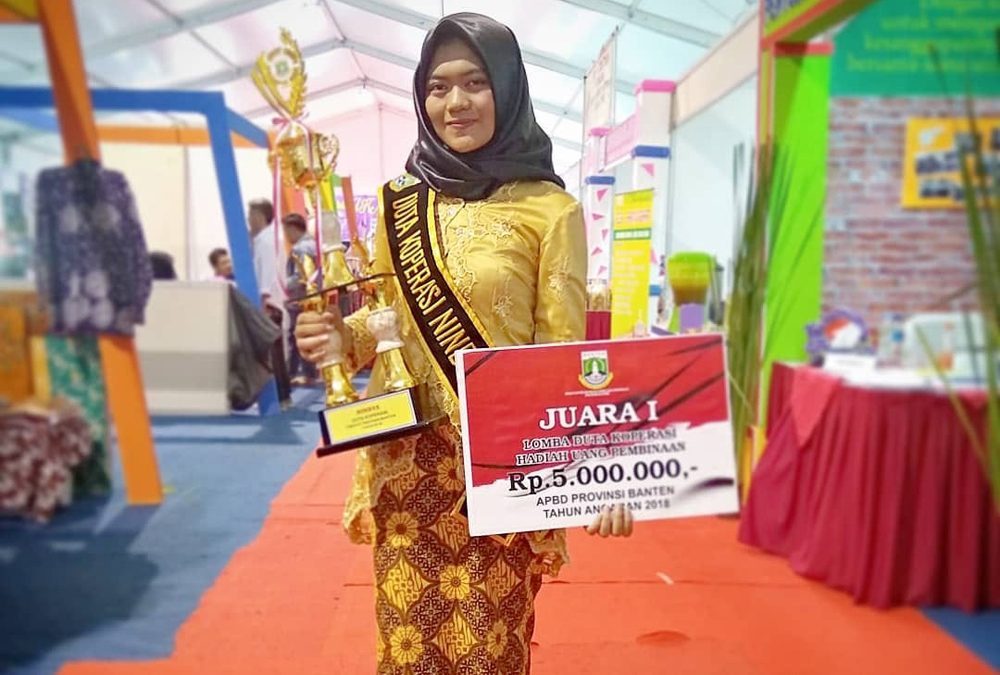 FST, UIN News Online – Natasha Aulia, Student of Agribusiness department of Science and Technology Faculty (FST) UIN Jakarta, has been elected as the 2018 Banten Province Cooperative Ambassador on October 25, 2018 in the Cooperative Ambassador Competition held by the Banten Province office for Cooperative and Micro, Small and Medium Enterprises (UMKM). She was elected after successfully eliminating hundreds of other finalists from various cities / districts in the province.

“It is beyond my expectations, I totally did not expect that I would be chosen as the Banten Cooperative Ambasaddor,” said Natasha to UIN News Online, Friday (11/30/2018).

According to Natasha, her competitors did not only come from students, but also from lecturers and the general public who had experience in managing cooperatives in their respective regions.

“It is inspiring me to continue to learn, both related with the cooperative science and public speaking techniques,” she said.

Furthermore, she is collaborated with cooperative services and UMKMs by establishing cooperative ambassadors, creating co-platforms, and making cooperative education and training. She also maximizing social media facilities so that the millennial generation knows the benefits of cooperatives. One of her efforts is to make a short film called Coop Start Up on Youtube.