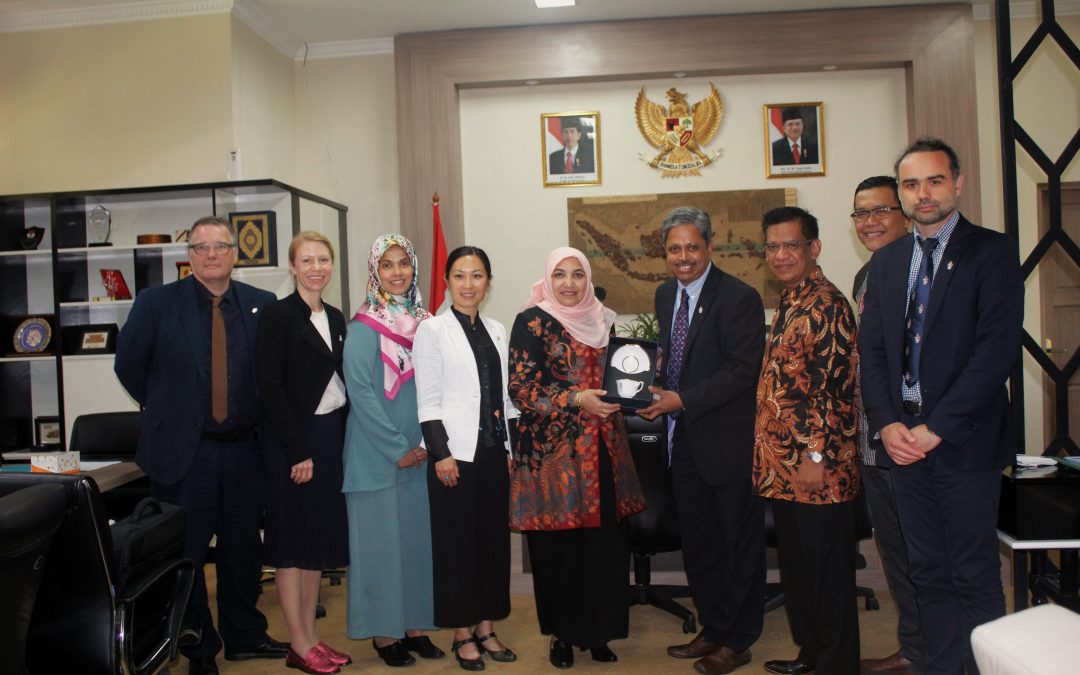 Their visit was welcomed by the Rector of UIN Jakarta Amany Lubis, and accompanied by Vice Rector for Cooperation Andi Faisal Bakti, Also present in the meeting, Head of CIC (Center of International Cooperation) of UIN Jakarta Dadi Darmadi. They discussed about the cooperation plan that will be established between the two Universities.

During the meeting, Rector of UIN Jakarta Amany Lubis said that UIN Jakarta is ready to establish cooperation with Southampton University. “Hopefully, it will enrich the academic climate in both institutions,” she said.

After the meeting, an information session was held at RSU UIN Jakarta.  During the session, Professor Sabu Padmadas and Song Pan gave a detailed introduction of the Southampton University.

Separately, Head of CIC UIN Jakarta Dadi Darmadi said that UIN Jakarta will follow up the cooperation plan. “We will soon make the MoU which will be signed by both parties,”said Dadi.