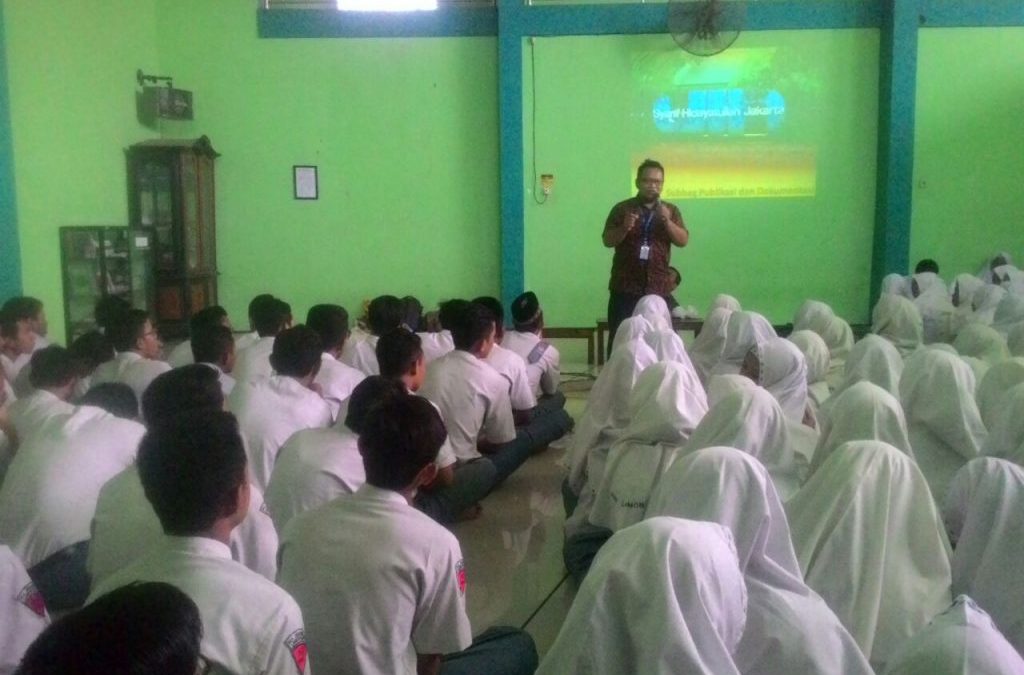 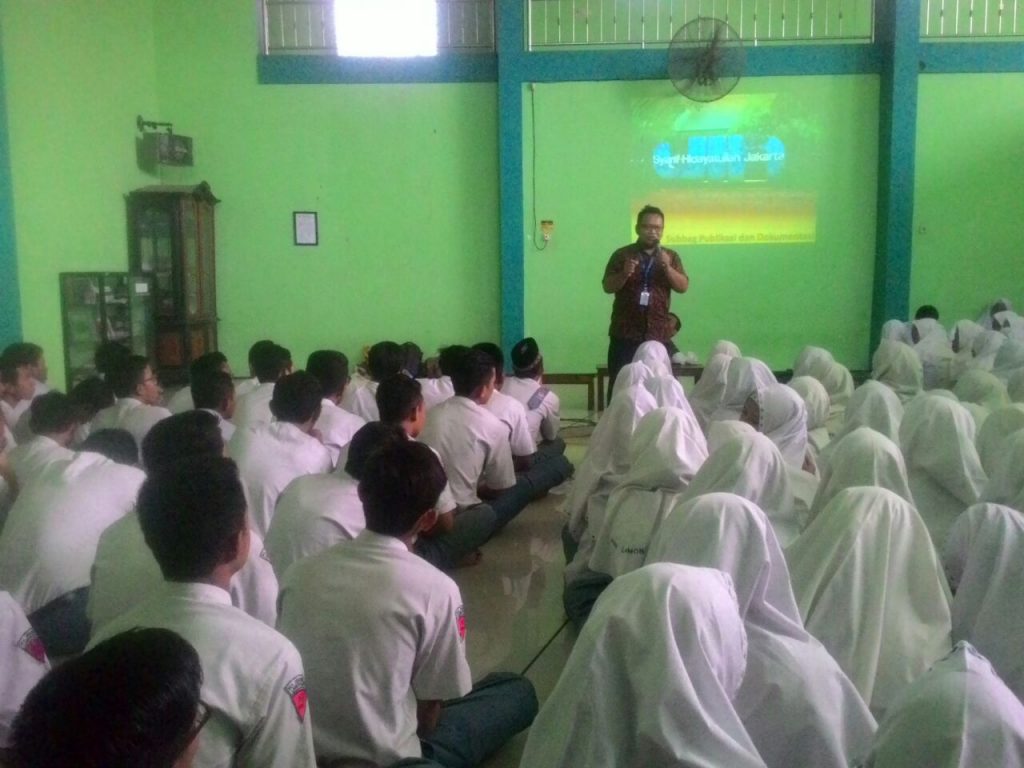 MAN Babat, for example, is a madrassa who won the Agricultural Engineering Event (AEE) 2017 championship and the Scientific Writing Competition champion in the Great Scientific Week of Geography in across Java Bali. Pondok Pesantren al-Ishlah is one of the largest modern pesantren in Lamongan with thousands of alumni who has records of both national and local achievements.

In addition to information on faculty and courses, lectures, and the environment, the team also socializes admission procedures, scholarship facilities, and a single tuition. “With such information, we expect schools and students to prepare students for further study if they want to continue their study to UIN Jakarta,” he added.

In MAN 1 Lamongan, Nurul Fitriani, 12th grade IPS student who admitted her interest in continuing her study in accounting department, asked about accreditation and quota of Accounting Prodi Faculty of Economics and Business UIN Jakarta. “I want accounting major which department have been accredited A” she reasoned.

At SMAN 2 Lamongan, Achmad Afif, a student of class XII IPA asked about lectures at the Faculty of Science and Technology. Achmad who admitted to study Biology claimed to have been weighing a number of destination colleges.

“Once told about the accreditation of Biology study program and learning system, I will enter UIN Jakarta in the list of my study options,” he said.

Hoping For a Cooperation

Besides being warmly welcomed by students and santris, the principal of the targeted school also conveyed the hope of his institution to establish cooperation with UIN Jakarta. Especially cooperation of the provision of scholarships for outstanding students.

Head of MAN Babat Drs. H. Abd. Judge, M. Pd, for example, hopes UIN Jakarta can give special quota of acceptance of their high-achieving students. “The purpose is that our students can also study at the best university in Jakarta,” he said.

Similar hope was expressed by Head of SMA 6 Muhammadiyah Lamongan Nyamirun M.Pd. In particular, he conveyed his hope that UIN Jakarta could provide acceptance quota for students reciting al-Quran students to be accepted at UIN Jakarta.

“We have students with rote up to 30 juz with potential academic achievement. It is our hope that UIN Jakarta can accept them,” he hoped. (usa-rs)