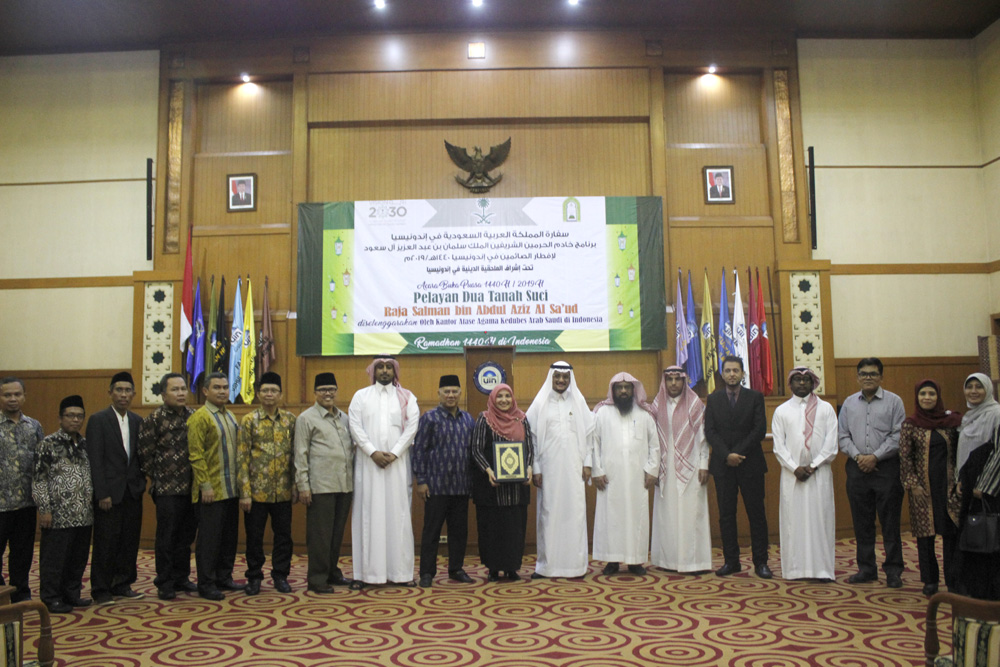 Rector in her remarks expressed her gratitude to the Saudi Arabian Embassy who had cooperated in this event. She hopes that cooperation with Saudi Arabia can be improved, both in the academic and non-academic fields.

“Saudi Arabia has long cooperated with both UIN Jakarta and even the Government of Republic of Indonesia. And Alhamdulillah, today we get the blessing to holds iftar with the students,” said Rector.

In response, Yahya Hassan al-Qahtani also said that Saudi Arabia is also very grateful to the Government of Indonesia, especially UIN Jakarta, which has worked together in the field of education. “We are very proud of Indonesia and UIN Jakarta,” he said. (usa)