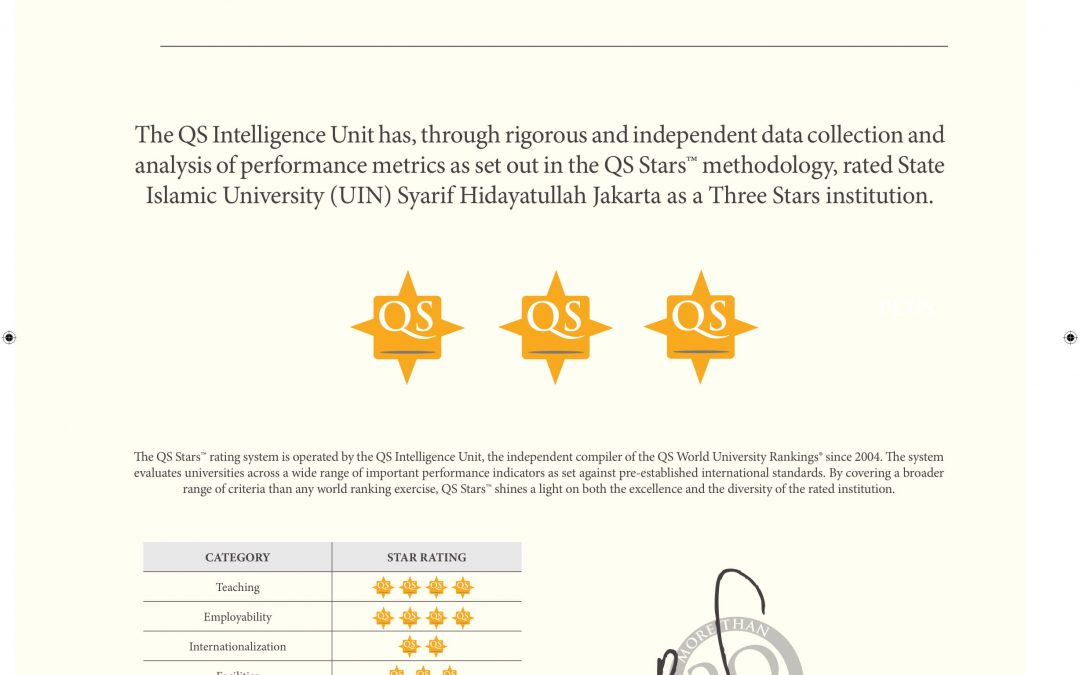 Rectorate, UIN News Online – London based consultancy Quacquarelli-Symonds (QS) has given UIN Jakarta three out of five stars in its Stars University Rating. According to https://www.topuniversities.com/qs-stars/qs-stars/qs-stars-ratings-explained, university with a three-stars rating is nationally well recognized, and may have also begun to attract international recognition.  This institution maintains a reputable level of research and its graduates are attractive to employers.

“Alhamdulillah, after a series of assessments, UIN Jakarta receives three-stars from the QS,” said Rector.

For information, QS Stars is a rating system which allows students to get a wider picture of an institution’s qualities, looking at everything from the employability of graduates, facilities and community engagement. It is designed to reflect the nuanced mission of universities, and the needs of students. (usa)