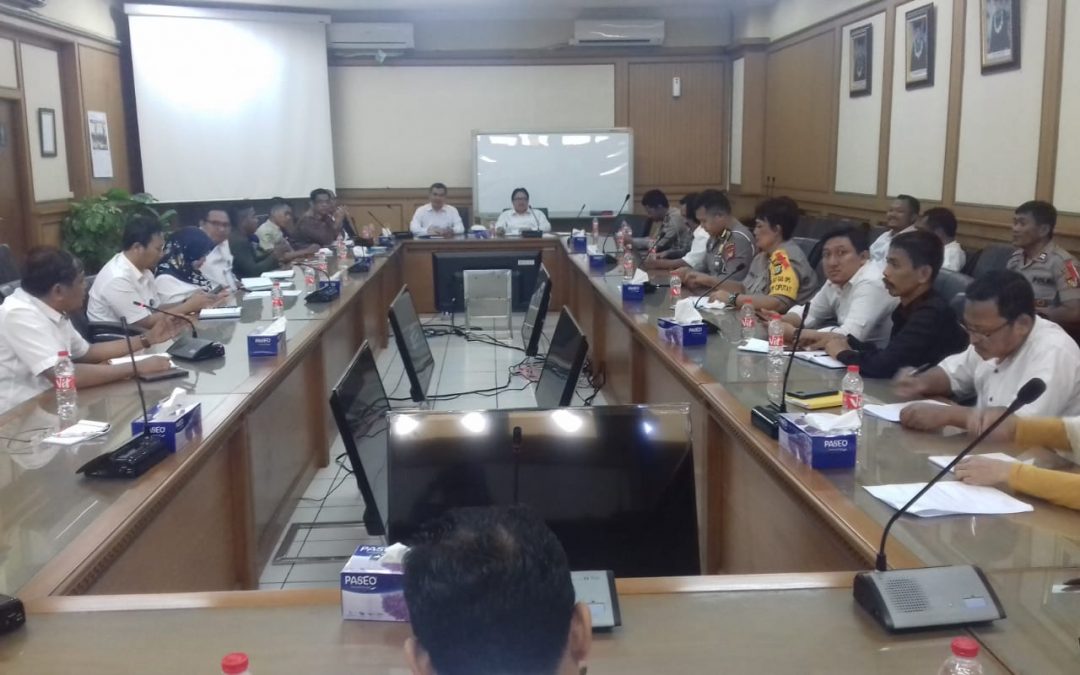 Rectorate, UIN News Online – In order to reduce the traffic accidents, UIN Jakarta in collaboration with the Greater Jakarta Metro Regional Police (Polda Metro Jaya) will hold an event entitled “Dialogue Millennial Road Safety Festival 2019”. This event will be implemented in the form of dialogue by presenting a number of speakers.

During the Coordination Meeting held at the main meeting room of UIN Jakarta, Monday (02/25/2019). Representing the Metro Jaya Regional Police, the Head of Traffic Division (kasatlantas) for South Tangerang Region Ajun Komisaris Polisi (AKP) Lalu Hedwin said that this dialogue aims to reduce the number of traffic accidents, he hopes the dialogue will create an awareness among millennials about the importance of adhering to traffic signs and road markings to avoid traffic accident.

“Based on our data, the biggest number of traffic accidents is generally experienced by young people. They are a millennial group that does not have high awareness about how to drive properly,” said Lalu.

Technically, this dialog will be packaged in the form of talk shows and panel discussions, which will be guided by a moderator.

Meanwhile, UIN Jakarta’s Vice Rector of Student Affairs Masri Mansoer said that UIN Jakarta would facilitate and mobilize its students as the main participants of the dialogue.

According to the plan, the dialogue will be officially opened by the Rector of UIN Jakarta Amany Lubis and attended not only by students, but also by UIN Jakarta staff and lecturers.

The Millennial Road Safety Festival Dialogue 2019 will be held on March 5, 2019 at the Harun Nasution Auditorium, campus I of UIN Jakarta. Additionally, the Metro Jaya Regional Police will also open a service outlet for driving license renewal services for all academic community of UIN Jakarta. (usa)