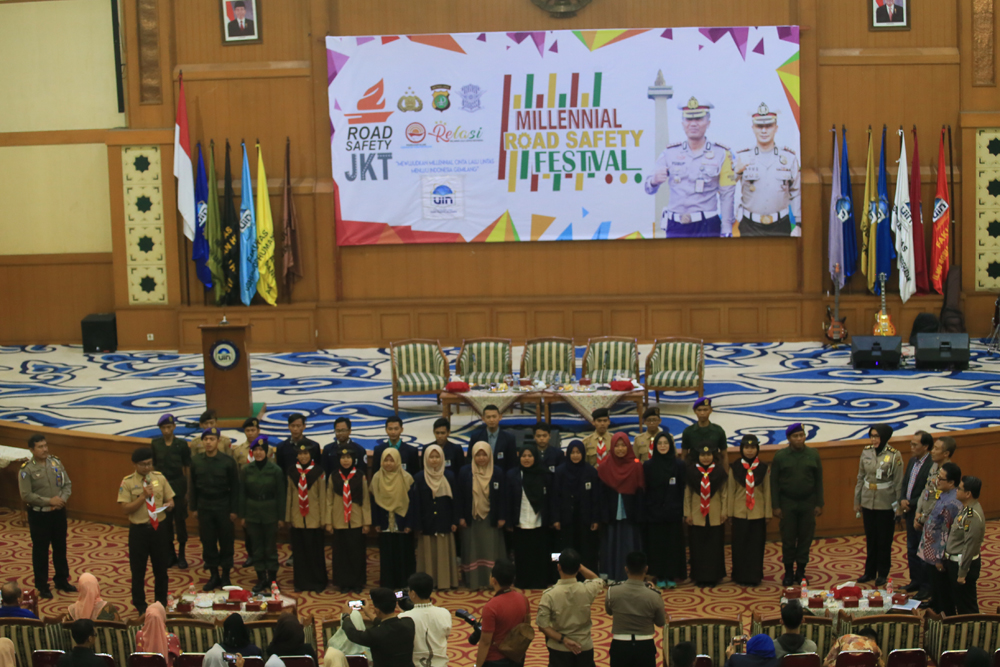 The event, which aims to reduce the number of traffic accidents, he hopes the dialogue will create an awareness among millennials about the importance of adhering to traffic signs and road markings to avoid traffic accident, present the Traffic Director of the Metro Jaya Regional Police Chief Commissioner (Kombes) Yusuf, Director General of Land Transportation of the Ministry of Transportation Budi Setiyadi, Chairperson of the Indonesian Transportation Society Danang Parikesit, and Chairperson of the National Board of National Movement Association (PGK) Bursah Zarnubi as speakers.

Yusuf in his speech said, as an agent of change, the role of students and campus is considered very important, for example, by forming a traffic safety community in campus.

According to the Directorate of Metro Jaya Police data, the recent number of traffic accidents is quite high. In 2018 for example, there were at least 6,931 victims. Of this number, as many as 59 percent (4,071 victims) comes from the millennial generation with an age range between 21-39 years. While from the side of the perpetrator, there were 4,483 people, and as many as 64 percent (2,864 perpetrators) came from the millennial generation.

“That is why growing the awareness of the younger generation towards traffic rules is considered very important, especially for students who are vulnerable to accidents,” said Yusuf (usa)