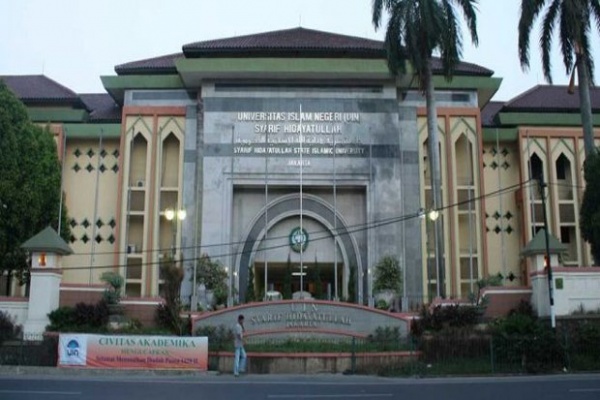 Tangerang, UIN News Online – UIN Jakarta, through the Faculty of educational sciences (FITK) was appointed by the Director General of Islamic Education (Pendis), the Ministry of Religious Affairs (Kemenag) to pioneer the preparation of the 2019 PPG PAI module.

This was said by Director of PAI Pendis Kemenag Rohmat Mulyana at the Coordination Meeting on Preparation of Learning Outcomes (CP) and PPG PAI Modules and Pretest at Arosa Bintaro Hotel Tangerang, Banten.

According to Rahmat, All PTAINs that hold PPG PAI, he continued, must make modules as a benchmark in the implementation of PPG PAI. He explained, one of the concepts is the mastery of the deep and comprehensive PAI content that is, so as to counteract the existence of radical notions.

On the same occasion, the Dean of FITK Sururin said that the preparation of the module submitted by Dit Pais of the Ministry of Religion to FITK UIN Jakarta was an honor for FITK.

“FITK is ready to assist the government program through PPG PAI 2019 and is ready to become a pioneer in the preparation of modules,” she said.

According to Sururin, eight professional modules and eight pedagogic modules will be initially prepared, but the number will be changed according to the needs of the participants.