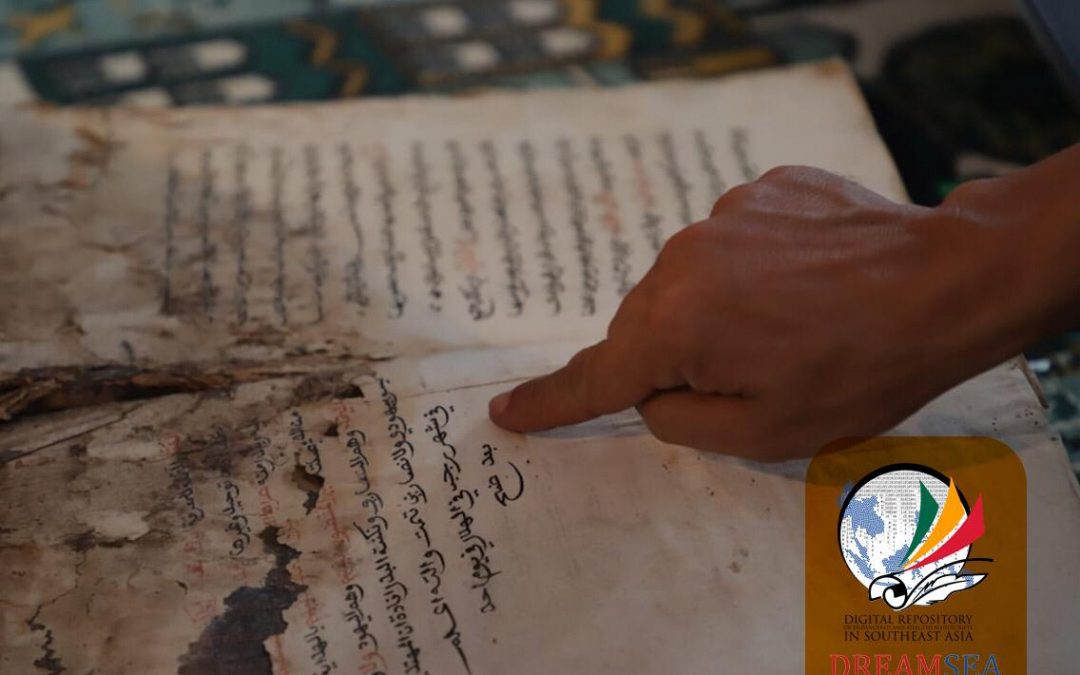 Ciputat, UIN News Online – UIN Jakarta Philologists saved dozens of manuscripts from the Diponegoro forces stored in the At-Taqwa Mosque, Godhegan, Magetan, East Java. The rescue of these manuscripts was carried out by physical maintenance and manuscript digitalization.

The activity, which sponsored by the PPIM UIN Jakarta and the University of Hamburg Center for the Study of Manuscript Culture (CSMC), has a concern in saving the manuscripts through the Digital Repository of Endangered and Affected program. Manuscripts in Southeast Asia (DREAMSEA) which encourages the digitization process of classical manuscripts.

Adib explained, since April 23, his party had digitalized 18 manuscripts with no less than 4,000 pages and did patchwork on manuscripts that had been punctured or torn due to insect bites or human hand. After being digitized, the manuscripts will be inserted into a port protector box made of acid-free material.

“We will never know the fate of these manuscripts in the next 10-20 years. Furthermore, digitalization and preservation of manuscripts must be carried out continuously,” said Adib.

Adib said, the bundle of manuscripts stored at the At-Taqwa Mosque contains Islamic teachings  which are used as teaching materials in pesantren such as Umm al-Barahin and Sharh Kalimatay al-Shahadatayn (for Islamic theology), Muqaddimah al-Hadhramiyyah (for fiqh science), Tafsir al-Jalalayn for Qur’anic interpretation , and Sharh al-Ajurumiyyah (for Arabic Grammar).

The manuscripts were written entirely on European paper and daluwang bark. In terms of literacy and language usage, the manuscripts here mostly use Arabic and Pegon alphabets as well as Arabic and Javanese languages.

These findings will provide a great contribution to reveal the intellectual property of the Indonesian people, especially in the 19th century. The team will record any information found both in the manuscript and various information found based on the exposure of the local community.

The results of digitization will be uploaded into Southeast Asian manuscripts database that will be publicly accessible for various non-commercial and academic purposes. (usa)