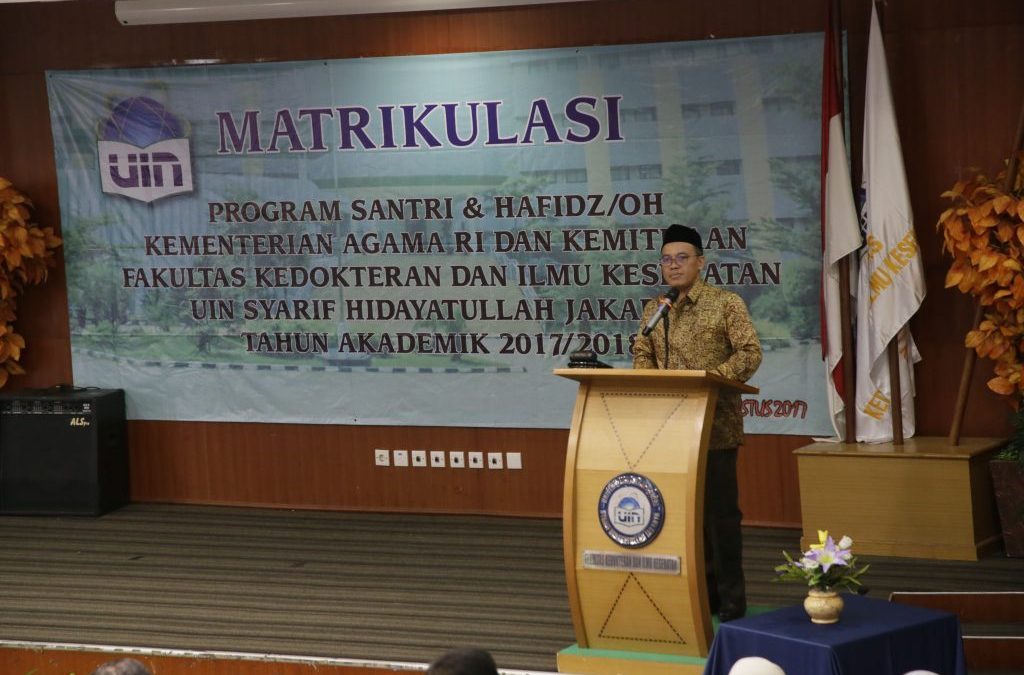 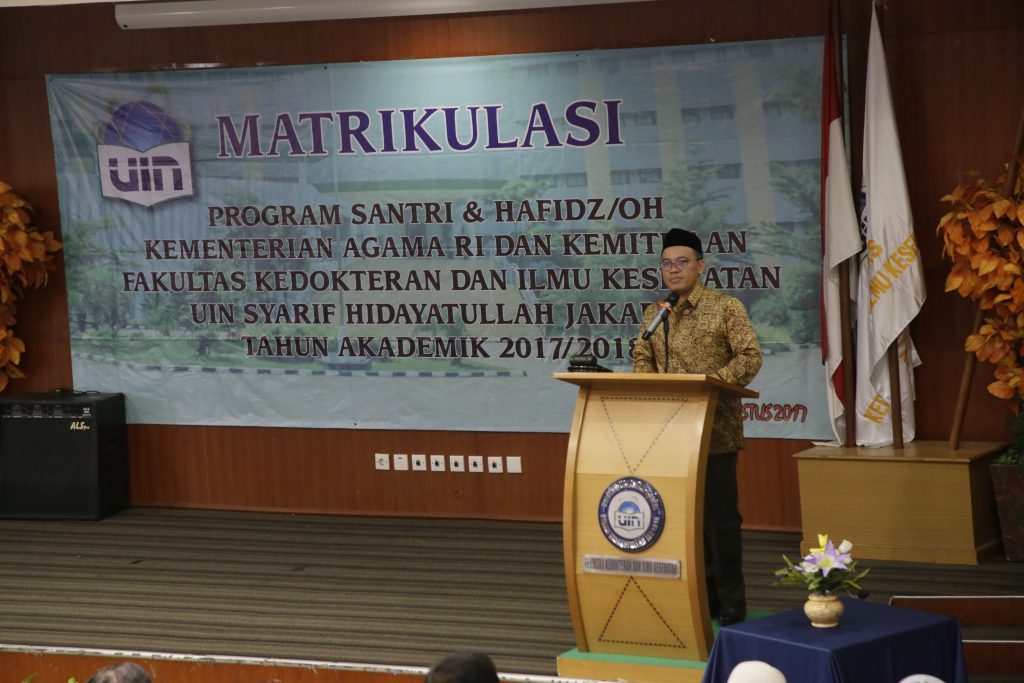 FKIK Auditorium, UIN NEWS online– UIN Jakarta and Ministry of Religious Affairs has cooperated in scoring 164 college students to become doctors in Medical Education Program, Faculty of Medicine and Health Sciences since 2005. All these 164 students from various schools and had passed a rigorous selection. With whole tuition from Ministry of Religious scholarships.

According to Zayadi, santri became a doctor scholarship program was given for a number of considerations. Besides to provide access for santri pesantren, this program is rolled out to produce professional and Islamic-spirited Doctors.

“This is our part of the vertical mobility acceleration. Santris can more quickly enter the professional world, “he said.

Producing santri to be doctors, he added, becomes very urgent for Indonesia. Not only for the Muslim majority, santris also need to contribute more actively in the wider areas such as medicine and public health.

“Thus, thanks to UIN Jakarta, especially FKIK UIN Jakarta, and as well as local government who supported with this collaboration in this sunnah-hasanah,” he said.

As known, UIN Jakarta Islamic religious college is the first public religious university to open a medical education program in the academic year 2005/2006. This program was opened in conjunction with Nursing Science Program.

FKIK itself was opened in 2004/2005 as an important part of the transformation of the State Islamic Institute into State Islamic University. In the first year, this faculty offers Public Health and Pharmacy Study Programs. (usa-rs)