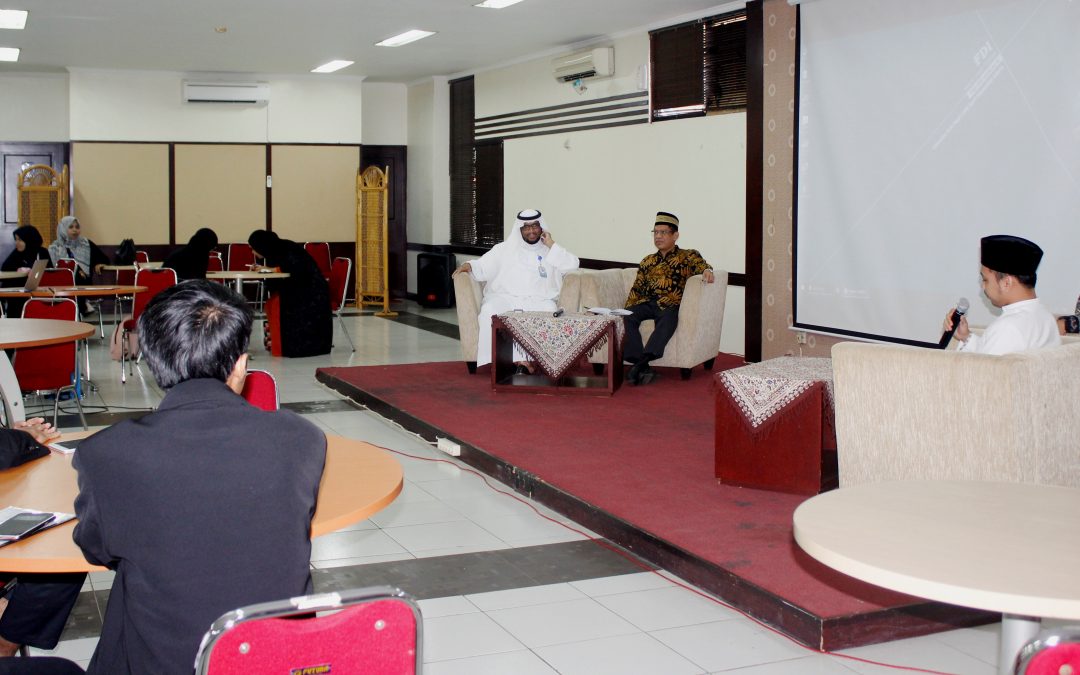 During the meeting, both parties talked about opportunities for academic cooperation, especially in Arabic language development.

“Arabic language is considered important for all academic community of UIN Jakarta as well as general Muslim community. Every Muslim must learn to read and speak Arabic in order to be able to understand and interpret the word of Allah through prayer and reading the Quran,” said Andi.

Andi also expressed his gratitude for LIPIA’s presence at the campus of UIN Jakarta. “Hopefully this collaboration will contribute to the development of Arabic at UIN Jakarta,” he said.

On the same occasion, Muhammad Ali also emphasized the importance of understanding Arabic language. If a student can master his Arabic proficiency, he will be able to build upon the knowledge that he has already acquired by referring directly to the original Arabic source works.

“We would like to thank you for the warm welcome and appreciation. In addition to Arabic language training, we also provide Arabic language consulting services for the academic community of UIN Jakarta who are completing their final assignment that use the Arabic Languages,” said Muhammad Ali. (usa)