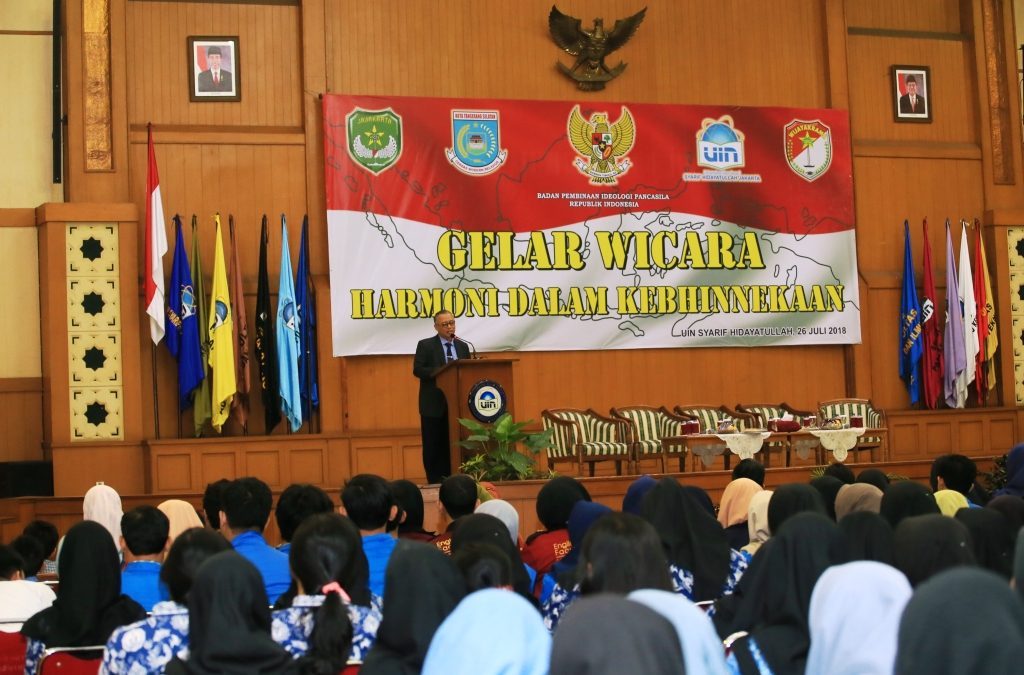 Kasdam Jayakarta Suharyanto on his speech said he diversity of Indonesia is like a double-edged sword, it could be one of the advantages, but it can also be a cause of disintegration.

“In the 2019 presidential election, there must be an escalation of groups carrying certain ideas by exploiting the politics of identity by justifying one group and blaming the other. It not only hurt the democratic process, but also greatly threatens the harmony of the nation,” said Kasdam.

Therefore, Suharyanto invites all elements, including the students to realize the harmony in diversity for the sake of NKRI.

In the same place, Rector of UIN Jakarta Dede Rosyada revealed that UIN Jakarta is committed to maintain and encourage harmonization among elements of the nation.  “As an inclusive campus, UIN Jakarta accepts students regardless of their religious background. This is evidenced by the number of non-Muslim students who study at UIN Jakarta,” said Dede. (usa).