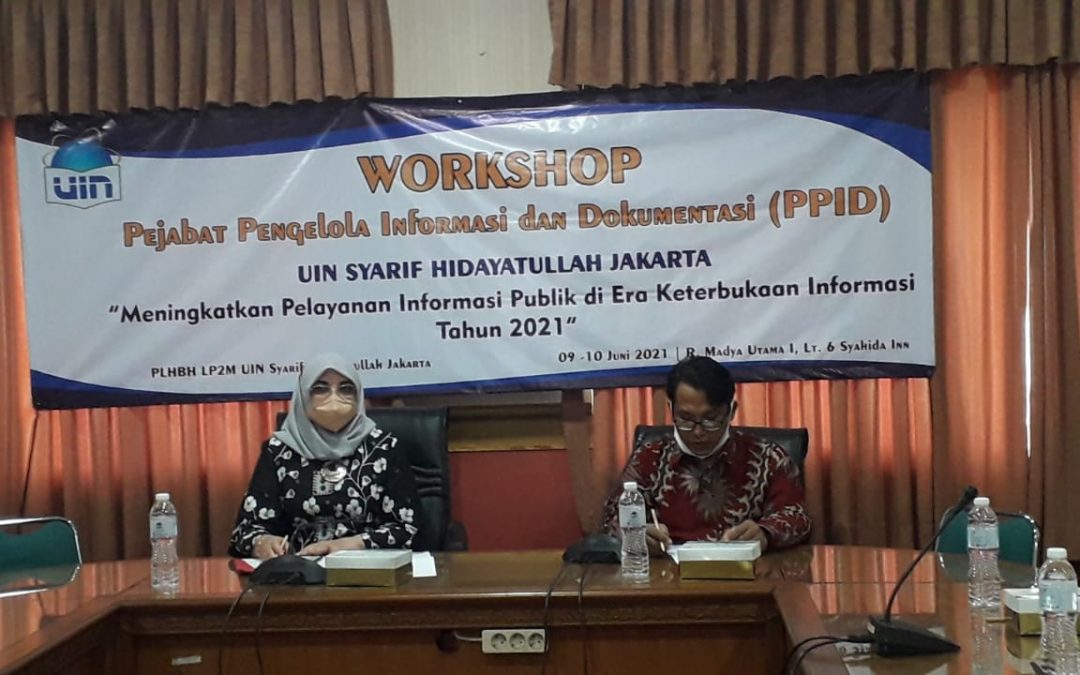 The head of the PPID team who also serves as the Head of PLHBH UIN Jakarta Afwan Faizin said the workshop was held to evaluate the results of last year’s PPID performance. According to Afwan, in public information disclosure (KIP), UIN Jakarta last year received an “Quite Informative” rating from the Indonesian Ministry of Communication and Information.

“Hopefully this PPID workshop can generate various inputs from stakeholders in order to obtain better assessment results in 2021.,” said Afwan.

In her remarks, the Rector of UIN Jakarta Amany Lubis also conveyed the same request. According to Amany, the results of the 2021 assessment must be upgraded from “Quite Informative” to “More Informative”.

For this reason, all UIN Jakarta policies must be widely informed to the public. In this case, UIN Jakarta has a lot of public information that deserves to be known by the public, both in the form of policies and policy implementation.

UIN Jakarta has many institutions. Therefore it must be photographed from various points of view except for excluded information, such as the financial and planning sector.

Amanyh also revealed that KIP UIN Jakarta has been running for almost three years. During this period, there have been many policies and activities that have been carried out and should be known by the public, for example, regarding the Covid-19 handling policy at UIN Jakarta which has been going quite well.

To the workshop participants, Rector asked the teams to include various important information at UIN Jakarta in the preparation of KIP. This includes information about organizing webinars.

“Information regarding campus internationalization should be available to the public,” said Amany. (usa/ns)