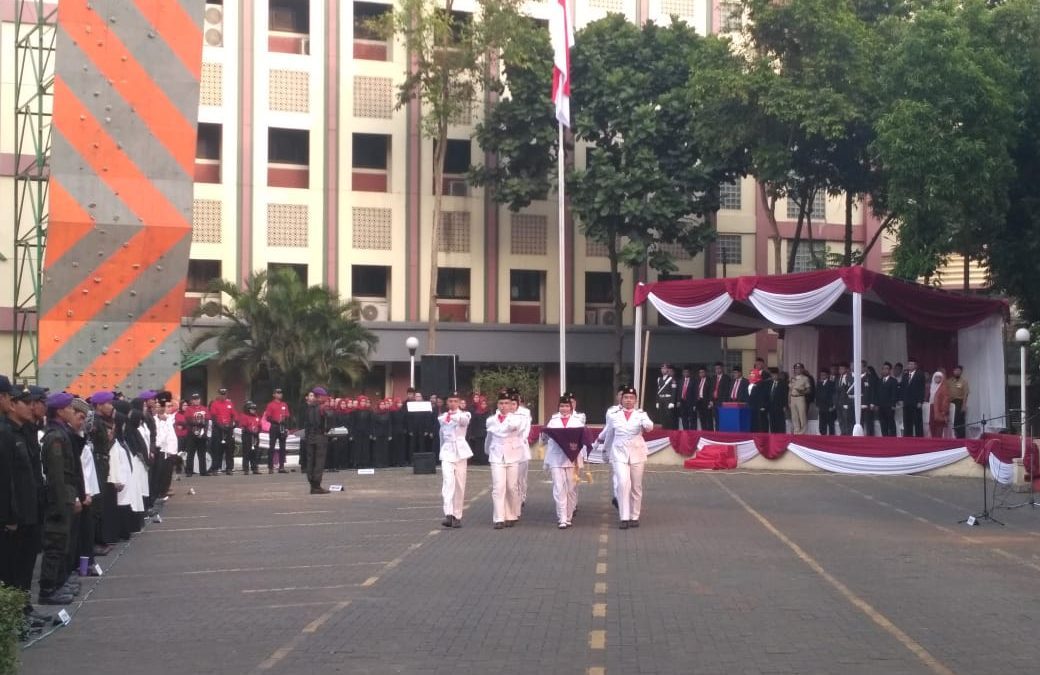 Rector in her speech thanked all the academic community of UIN Jakarta who had attended the ceremony. The Rector hopes that this moment can increase both nationalism and patriotism that will have implications in performance improvement and dedication to the institution.

“This is in accordance with our vision and mission, namely to increase the capacity of graduates, improve the quality of lecturers, as well as the human resources of UIN Jakarta academicians in general,” she said.

For information, the commemoration of Indonesia’s Independence Day will also be filled with an informal and friendly meeting between the Rector and UIN Jakarta’s academic community. There are also traditional culinary presentations from various work units at UIN Jakarta. (usa)