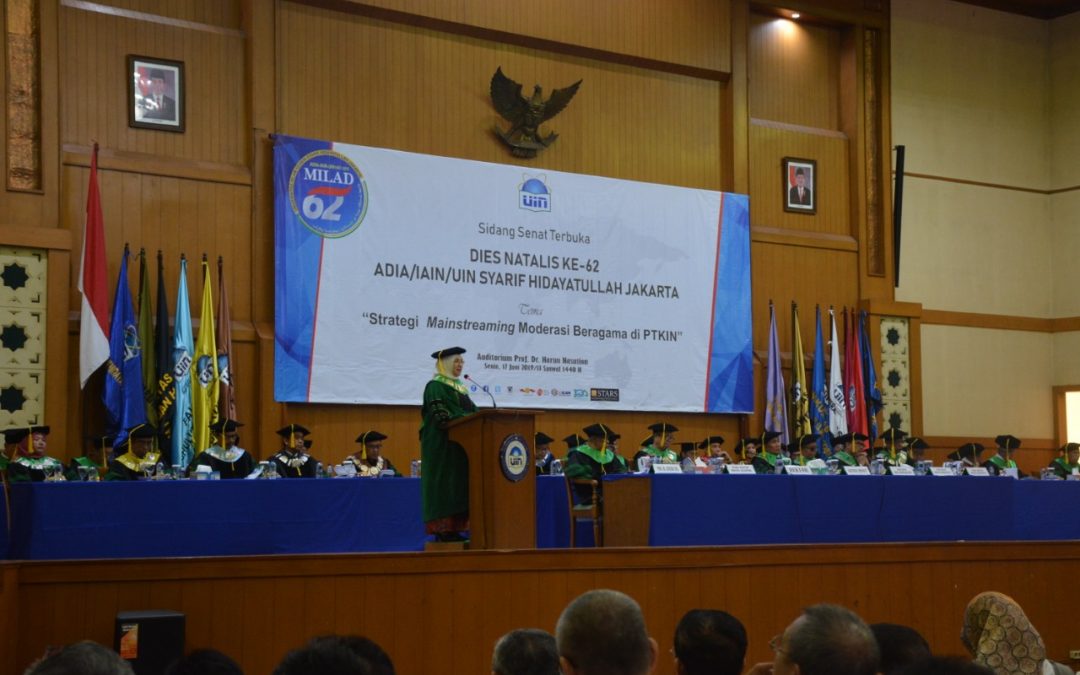 Rector of UIN Jakarta Amany Lubis in her remarks explained, that UIN Jakarta has obtained various achievements, especially in the effort to realize the World Class University (WCU).  She also added that UIN Jakarta must be able to apply the principles of the Good Governance University.

“With accountable, transparent, effective and efficient university governance, we believe that we will achieve these ideals,” said Amany.

Meanwhile, Azyumardi Azra in his presentation on Religious Moderation said that we must always be grateful to live in a country that upholds tolerance and moderation. According to Azra, In Indonesia, both minorities and the majority can live peacefully and side by side.

“Globally, there are there are six strategies to strengthen religious moderation in this country. Among them are, reaffirming the Pancasila ideology, strengthening / deepening Democracy, empowering Islamic organizations, strengthening the role of women, reforming Islamic education, and Firm Law Enforcement,” he said. (usa)