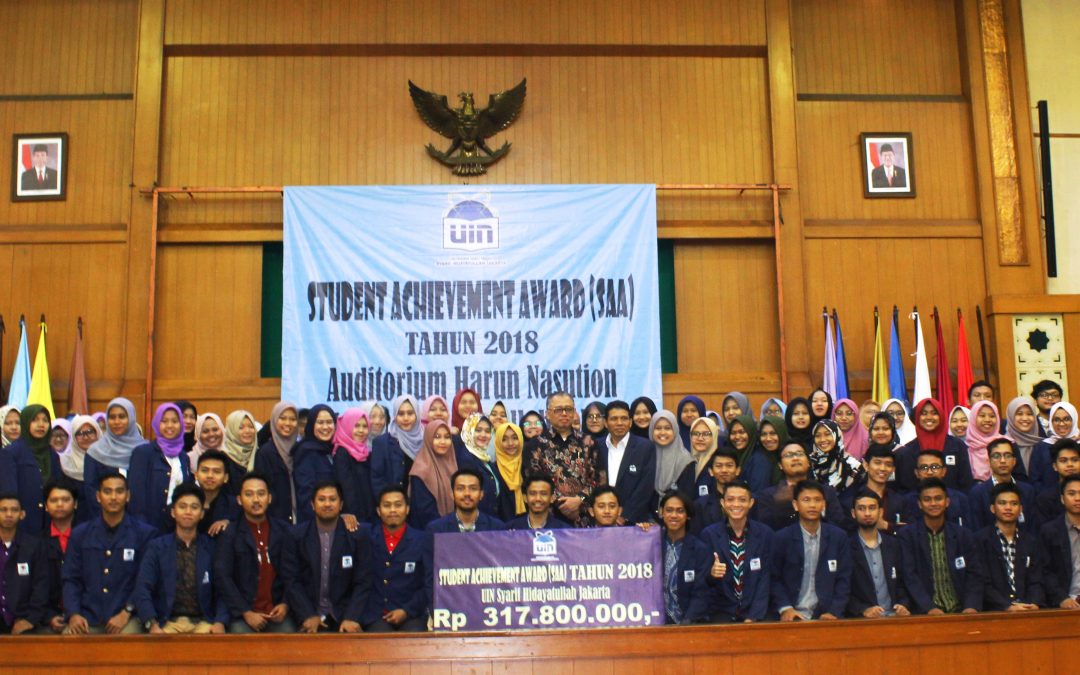 Main Auditorium, UIN NewS Online – UIN Jakarta, through student affairs division awarded 244 of its students who managed to record non-academic achievements throughout 2018 on Monday (31/12/2018) at Main Auditorium, campus I of UIN Jakarta. The award was given as an appreciation for their hard work in bringing the good name of UIN Jakarta in various national-international competitions.

Rector in his remarks said he was proud of the various achievements obtained by the students of UIN Jakarta. He also hopes that students can continue to maintain these achievements.

He also added, various achievements were recorded outside their academic fields. For example 8 out of 15 students who memorized 30 juz of the Qur’an came from secular sciences faculty/study program. “In fact, four of them were students of the Medical Sciences Study Program. This is amazing,” said Rector.

On the same occasion, Vice Rector for Student Affairs Prof Dr Yusran Razak revealed that various achievements were recorded by students in a number of events. “Not only on a national and regional scale, but also international events,” he added.