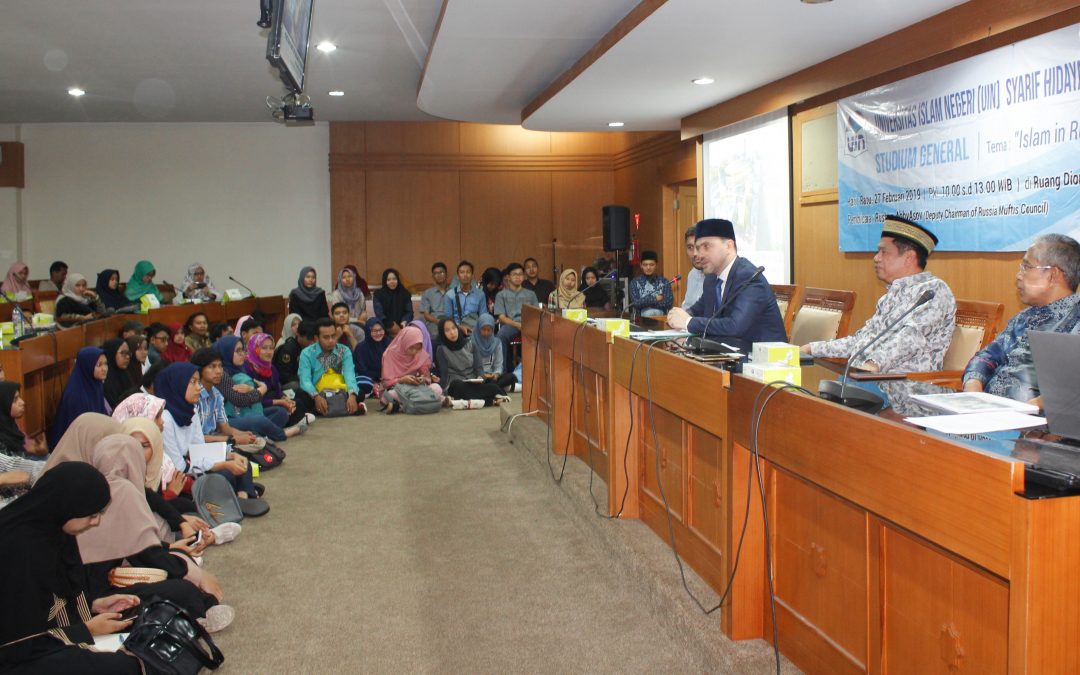 Rushan in his presentation described the history of Islam in Russia. “In the mid-7th century, Islam penetrated into the Caucasus region, parts of which were later incorporated by Russia. The Dagestani people converted to Islam after the Arab conquest of the region in the 8th century,” said Rushan.

Today, Russia is home to as many as 25 million Muslims of various ethnic backgrounds (18% of the Russian population). There are several Islamic universities in Russia, such as Russian Islamic University and Moscow Islamic University.