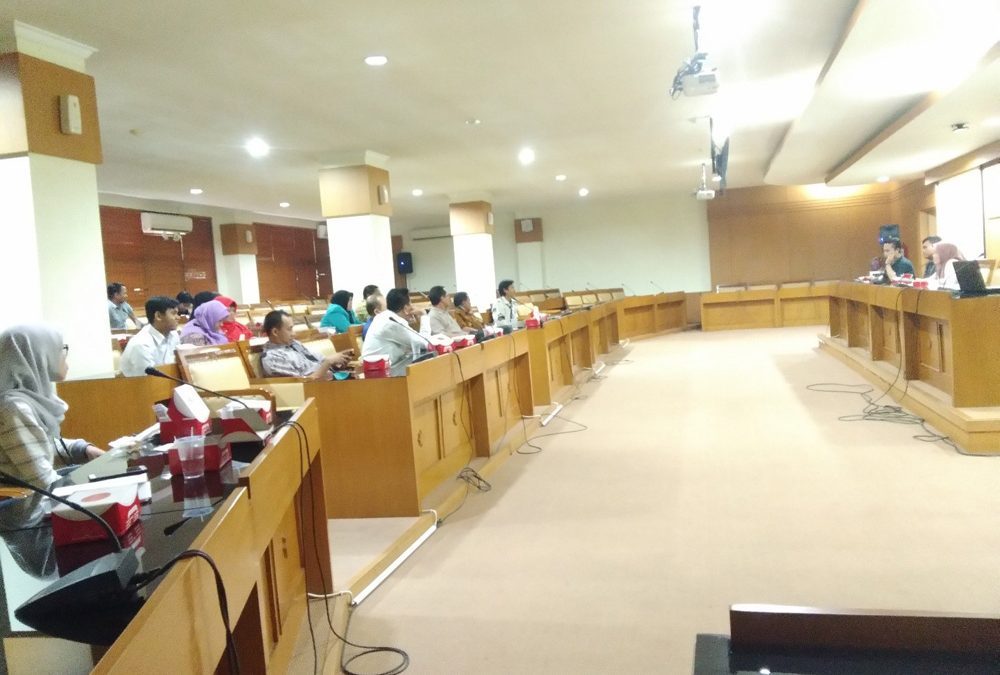 The meeting agenda is to discuss the mechanism and concept of PBAK implementation which will be held on 26-28 August 2018. While the theme of PBAK agreed this year is “Developing Scientific, Islamic and Indonesian Values ​​in Forming Moderate Muslim Scholars”.

According to Yusron Razak, PBAK-related information should be posted on the UIN Jakarta website or the PBAK website. PBAK information contains at least about the registration mechanism, terms, regulations, and activity materials.

“All the material displayed on the website is only the important ones. So, when the delivery of material they not only receive but also more interactive because they have read, “he said.

On the occasion, Yusron also reminded that in the implementation of PBAK, before, during or after, the committee should pay attention to many things. For example, always be coordinated and look neat, so that it can be an example for new students.

While the matter of content, according to Yusron, attempted to contain about moderate Islam as requested by the Ministry of Religious Affairs. He hopes PBAK this year runs better and there is progress compared to previous years.

“It should be better than previous years,” he said.

The same hope was presented by Chairman of Dema University Ahmad Nabil Bintang. He said that the implementation of PBAK 2018 will create a harmonious atmosphere and there will be no disputes between faculties. (usa)