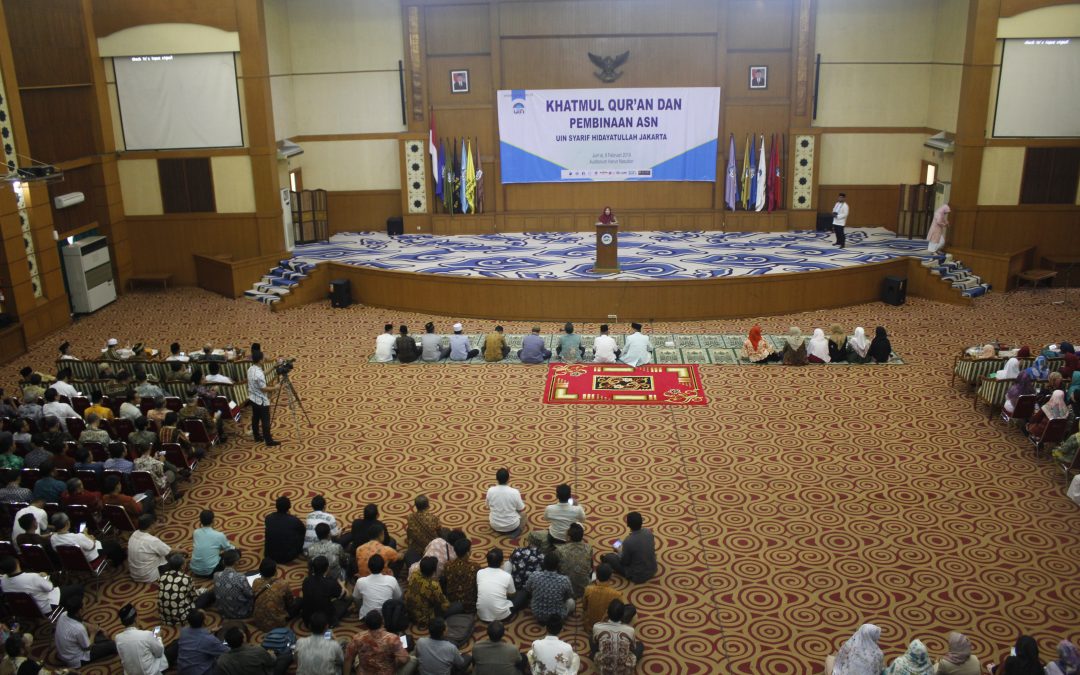 Main Auditorium, UIN News Online – The state civil apparatus (ASN) in UIN Jakarta should encourage each other in carrying out their mandate, so they can work with a sense of responsibility and professionalism.

This was conveyed by the Rector of UIN Jakarta Amany Lubis after participating in the Khatmul Qur’an, attended by all levels of UIN Jakarta leadership and employees, Friday (02/08/2019) at Harun Nasution Auditorium, Campus I UIN Jakarta.

“Hopefully this activity can strengthen our faith and piety to Allah SWT,” said Rector.

“The first requirement for ASN in UIN Jakarta area is to have faith and devotion to Allah SWT. The manifestations of the faith include reading, understanding and practicing the Qur’an as our way of life,” said Amany.

“Hoaxes become troubling phenomenon in today society. Hoax are used as a ‘tools’ by certain groups for their own interests. We need to check back on any information, especially if the contents of the information lead to things that offends SARA (Ethnic-Religion-Races).” she said.

Based on UIN News Online observation, it appears that this event goes according to plan. Hopefully, this tradition will be carried out continuously. (usa)