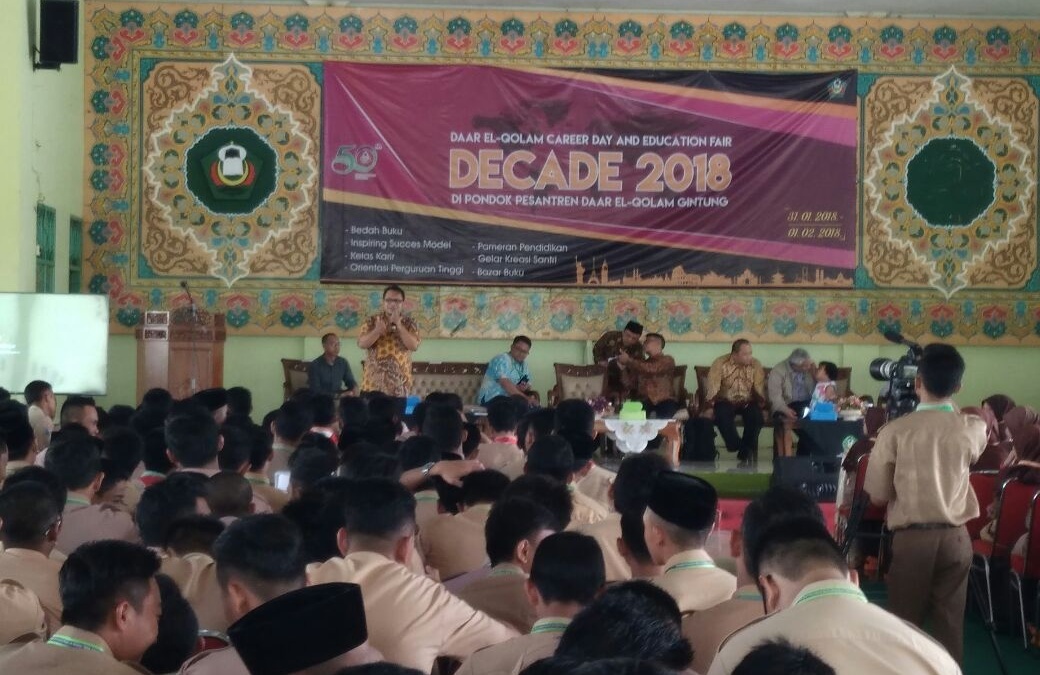 “Additionally, the students can choose the SPMB Mandiri (local recruitment) enrollment type. This enrollment type can be used for both general or religious studies,” he added.

When met by UIN News Online, Feni also told that that UIN Jakarta became one of the state universities invited by Pondok Pesantren Daar el-Qolam in Daar el-Qolam Career Day and Education Fair 2018. The pesantren invited about 30 national and international universities to socialize the enrollment type as well as to provide complete information about their respective campuses.