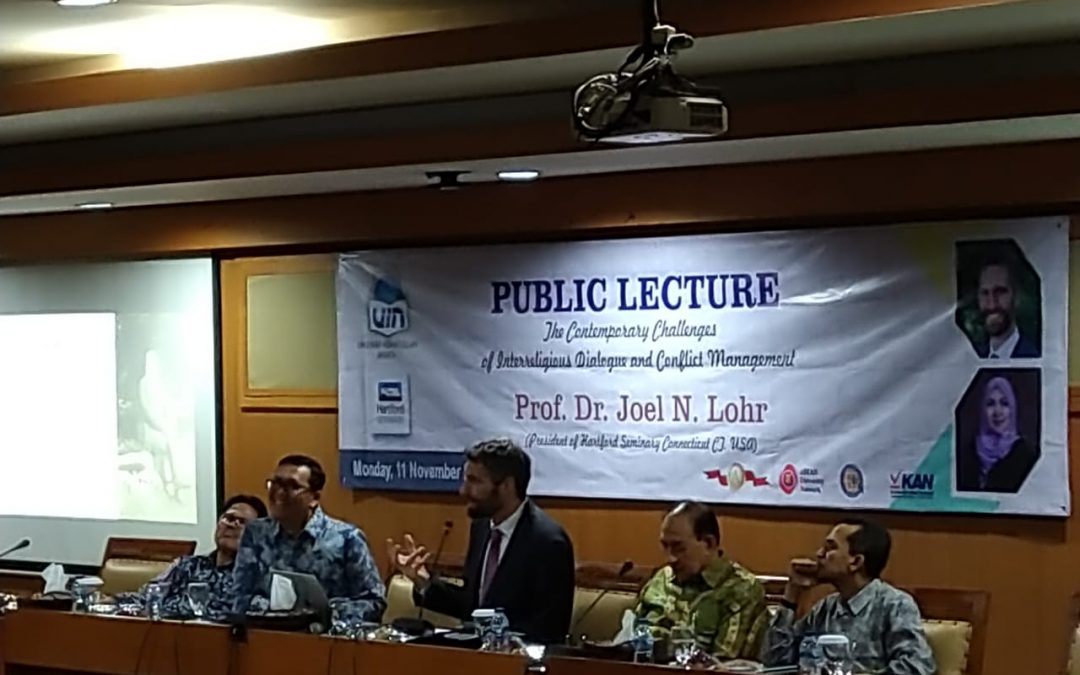 Rector of UIN Jakarta Amany Lubis in her welcoming speech positively appreciated the holding of this event. “This public lecture is considered very important, because Indonesia is a very diverse country. We have many languages and ethnic groups,” said Rector.

She also added that Indonesia also have a motto for uniting the people. “The motto is Unity in Diversity. We need the spirit of unity to unite the people and to build the nation,” she added.

Interreligious dialogue, she continue, helps us understand our religion better in the context of pluralism and can be emphasized in order to resolve and prevent further conflicts.

Meanwhile, Lohr in his presentation using stories and examples from his life, as well as outlining the challenges and blessings of running a historically Christian seminary committed to being in conversation with Islam. He also said that bringing people into the fold can be difficult, especially those who may be fearful of interfaith terminology.

For information, in addition to the public lecture, the MoU signing ceremony between UIN Jakarta and Hartford Seminary was also held at the same time. (usa)