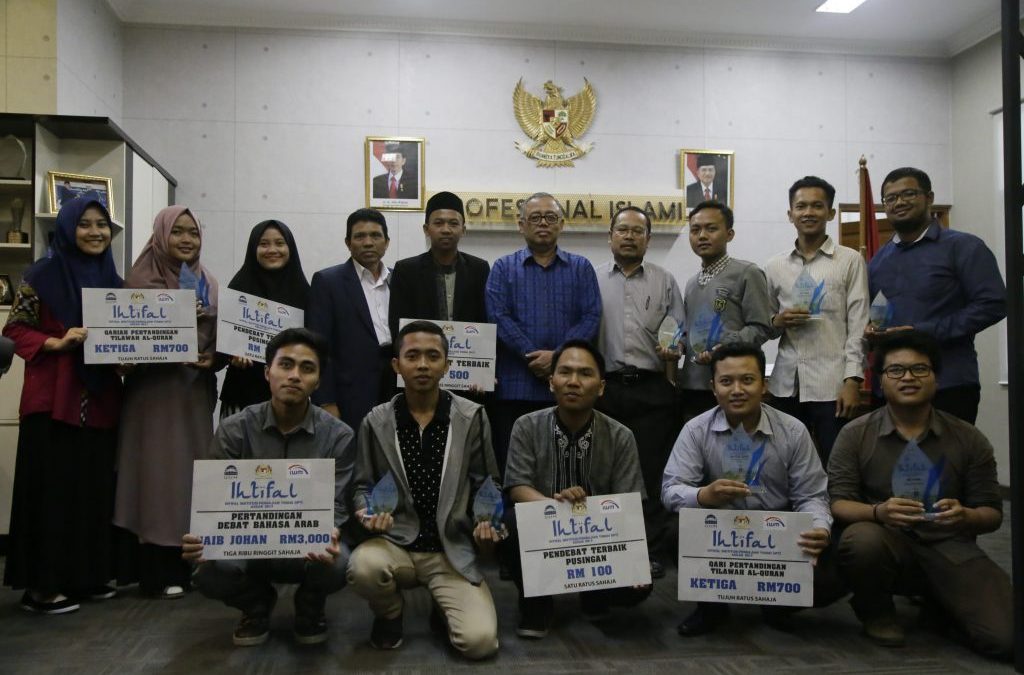 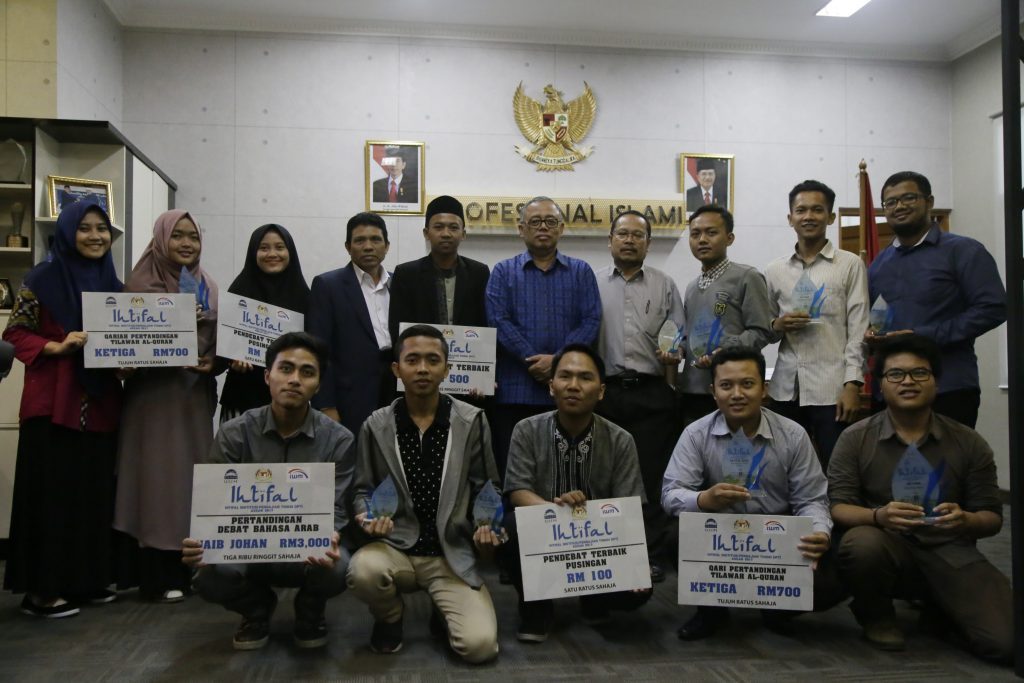 This was conveyed by the chairman of HIQMA UIN Jakarta Dzulkarnain Lana Saputra after he met the Rector of UIN Jakarta Prof Dr Dede Rosyada MA in Rectorare building, Wednesday, (4/6). â€œAlhamdulillah, we gained some accomplishment,â€ he said.

Dzulkarnain explained, UIN Jakarta gathered as many as 13 participants to compete in the event. They compete in Bilingual Debate (Arabic and Bahasa Melayu), Nasyid, Arabic Debate and Al-Quran Recitation (Qari and Qariah).

â€œAlhadulillah,Â ala kulli hal, hopefully, it will be better in near future. We also thanked UIN Jakarta for the supports that have been given to us,â€ he added.

In addition to trophy and certificate, the winners also awarded with cash money. Nasyid, for example, get a prize worth 2000 Ringgit Malaysia and Al-Qurâ€™an Recitation earns 700 Malaysian Ringgit.

Nunuk Rima Aini, the 2nd runner up for Al-Qurâ€™an Recitation, reveals the technical difficulties during the competition. In contrast to Indonesian tilawah that has many versions, while in Malaysia there are few versions. The judges prefer the basic variations like Syekh Mustafa Ismail version.

â€œThis is my second time participating in Al-Qurâ€™an recitation competition, Alhamdulillah, I managed to achieve the 2nd runner up,â€ she said.

Meanwhile, Rector of UIN Jakarta Prof Dr Dede Rosyada MA expressed his appreciation for the accomplishment. â€œIt’s notÂ about winning and losing, itâ€™s about thriving on a challenge. Hopefully, we can maintain and improves this tradition,â€ he said. (usa)