UIN Jakarta committed to improving the quality of BMN management 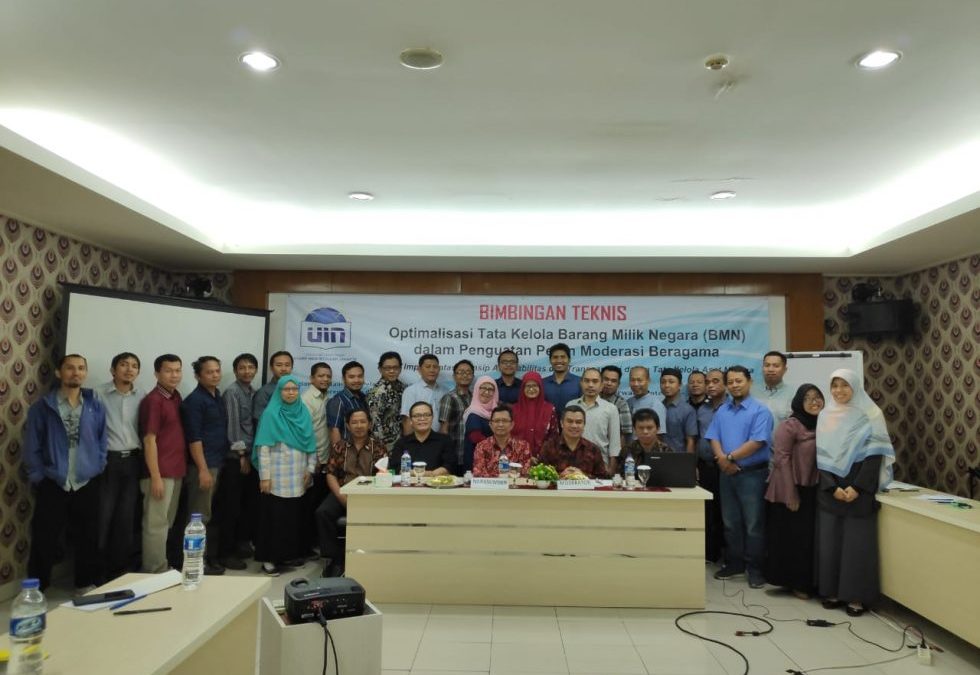 Bogor, UIN News Online – UIN Jakarta is committed to improve the quality of State Owned Assets (BMN) management, this is done so that the age of BMN assets can be more longer in supporting the implementation of the three pillars of higher education.

That is the conclusion of the workshop and technical guidance on Optimizing Governance of UIN BMN Jakarta which took place in Bogor, Thursday-Friday (22-23 / 8/2019). Present in the event, Vice Rector for General Administration Ahmad Rodoni, and PK Bureau Chief Khairunas.

“Various laws and regulations regarding the management of BMN assets actually represent the fundamental Islamic principles that must exist in every Muslim community life, namely siddiq, tabligh, amanah, and fathonah,” he explained.

This principle, he added, should animate the implementation of BMN governance in the UIN Jakarta environment, both in terms of the system, management and users. Furthermore, the use of the asset can be done in an efficient, transparent, and accountable way.

With assets of that size, he continued, at least two things that need to be done, namely managing them in accordance with the laws on asset management so as to avoid the miscalculating, and by conducting regular maintenance on existing assets.

“BMN also needs to be maintained to support the implementation of tasks at UIN Jakarta,” said Khairunas. (usa/zm/ret)