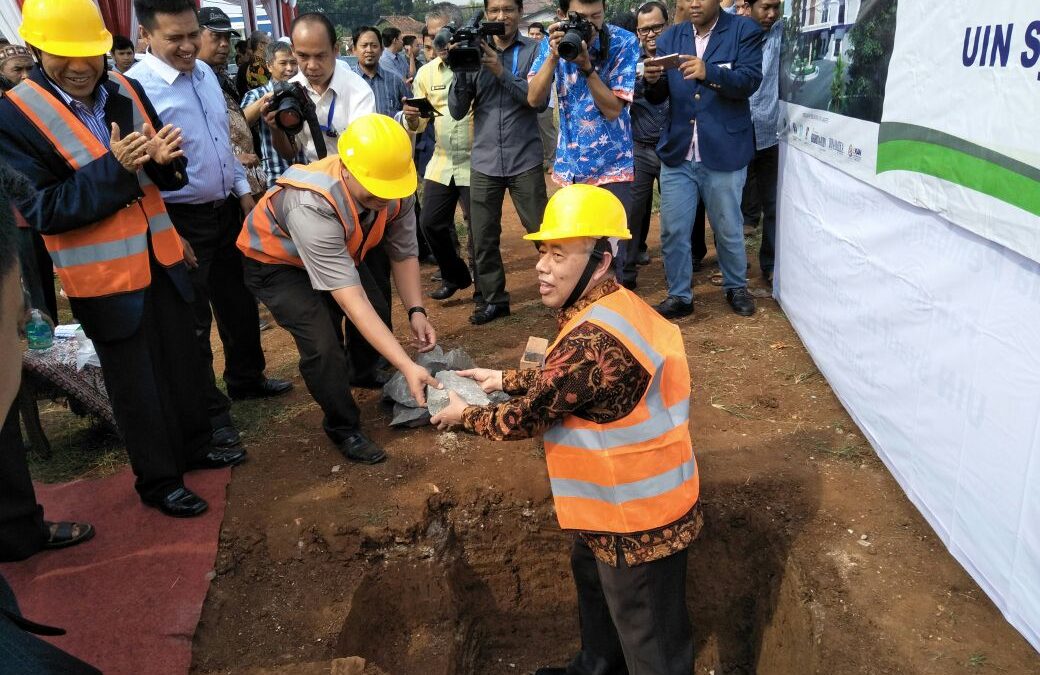 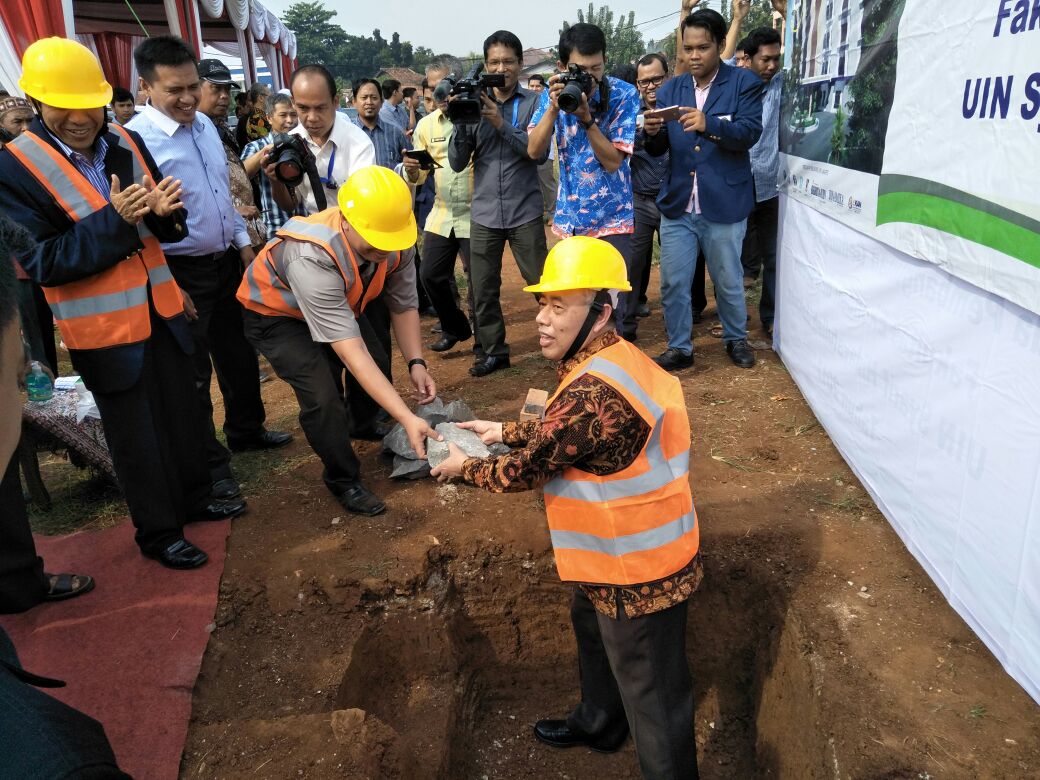 In his speech, Rector said that the construction of new FEB building is a response from the increasing number of applicants who want to study at UIN Jakarta, especially in FEB. However, considering the limited capacity, UIN Jakarta continues to expand the campus building in order to provide an opportunity for every child of the nation to education to receive an education.

According to Rector, every year, people who register to UIN Jakarta reaches more than 100 thousand people, However, according to the quota, UIN Jakarta each year can only accept about 5,000 students only.

â€œWe cannot accept more students due to limited number of classes, although we have land to expand the faculty building here (former lecturer housing, Red), but in fact there are still many obstacles. Therefore, we cannot build according to the masterplan,â€ said rector.

â€œUIN Jakarta also has land in Cikuya, Solear, Tangerang, Banten, covering an area of 40 hectares. However, to build a dormitory there is clearly impossible, unless we opened a new faculty,â€ he added.

The building is constructed with modern architectural and green building concepts. Construction of the building is targeted to be completed in four months or until the end of December 2017 with PT Yodya Karya (Persero) as a consultant.

The new building is planned to accommodate 1,500 students. In addition to classes, the building will also be equipped with parking facilities, offices, lecturer offices, and bathrooms as well as praying room. (usa)