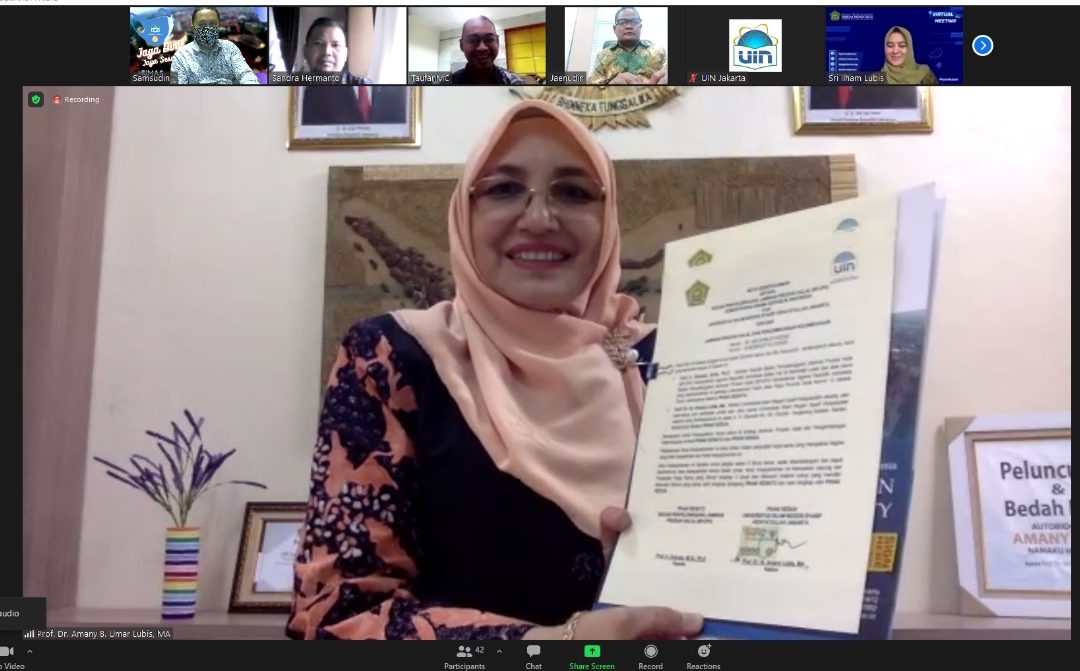 Rectorate, UIN News Online – UIN Jakarta and the Halal Product Guarantee Agency (BPJPH) of the Ministry or Religious Affairs signed a MoU in the field of halal product assurance and institutional development. The MoU signing ceremony was held virtually between the Rector of UIN Jakarta Amany Lubis and the Head of BPJPH Sukoso on Tuesday (10/06/2020).

The Chancellor of UIN Jakarta Amany Lubis in his speech warmly welcomed the collaboration between UIN Jakarta and BPJPH. This proves that UIN Jakarta has a concern for the halal products consumed by the public.

Rector Amany also hoped that UIN Jakarta and BPJPH can play a more role in conducting research on food and beverage products as well as cosmetics that are processed by factories. Moreover, UIN Jakarta now has a “Halal Center” which manages BP3JPH, including the Faculty of Medicine and the Faculty of Health Sciences.

“We will also find out about the role of the government, especially BPJPH on the circulation and distribution of halal products in Indonesia,” said Rector.

BPJPH head Sukoso said that the issue of halal products in Indonesia began to receive serious attention since 1988. These problems arise since the case of gelatin and lard contained in various food and beverages products based on Tri Susanto’s (Brawijaya University, Malang) research result. As a result, food and beverage products sold in the market are decreased by 20-30 percent.

In 1989, the Indonesian Ulema Council (MUI) then solved the problem by establishing the Food and Drug Research Institute (LPPOM). Apart from forming the LPPOM, MUI also issues halal certificates for producers who wish to produce food and beverages. In 2014, Law (UU) No. 33/2014 on Halal Product Guarantee was passed by the President of the Republic of Indonesia, Susilo Bambang Yudhoyono. Then in 2019 Government Regulation (PP) No. 31 of 2019 was passed which was followed by the Regulation of the Indonesian Minister of Religious Affairs (PMA) No. 26, 2019.

“In accordance with Article 4 of the Law, all food and beverage products, are required to have a halal certificate,” he said.

In its later development, these halal products became global. Even the World Trade Organization (WTO) has acknowledged the halal guarantee.

For information, the MoU between UIN Jakarta and BPJPH will be followed up with cooperation agreements with various related institutions at UIN Jakarta. The cooperation will last for five years and will be renewed if necessary. (usa/ns) 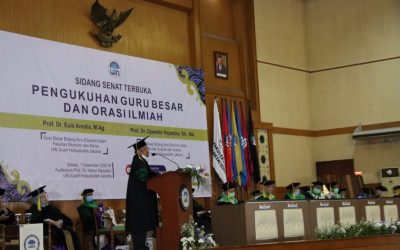 Inaugurated as Professor, Djawahir Hedjazziey Affirms the Status of Riba in the conventional banking sector