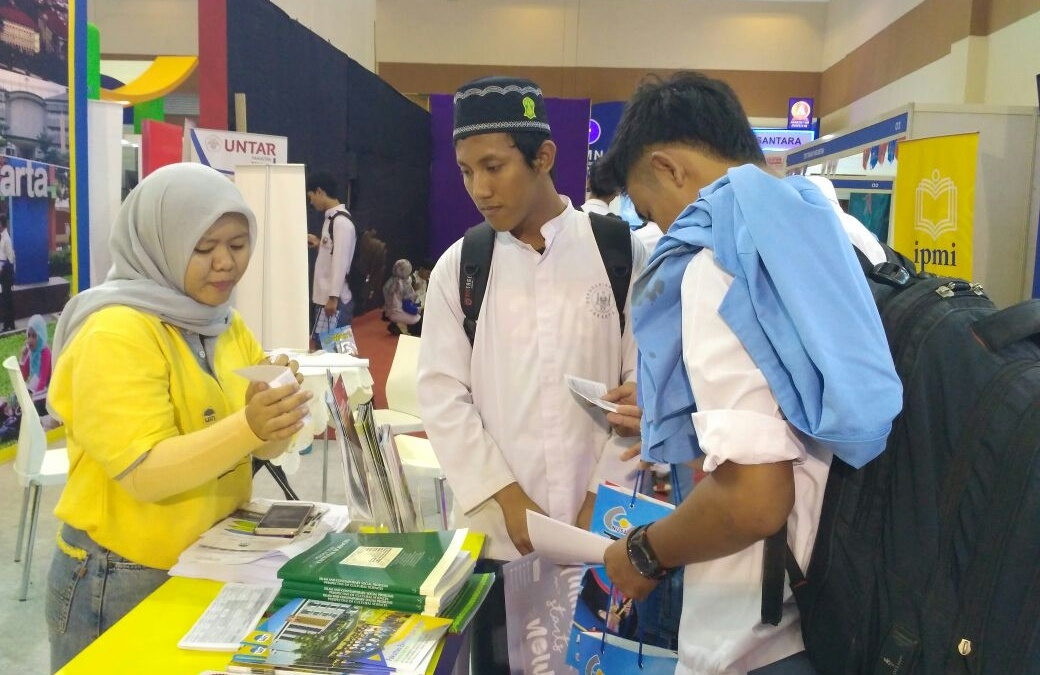 UIN Jakarta participated in 2018 Higher Education and Training Exhibition for the umpteenth time which held at JCC Hall A and B. Besides UIN Jakarta, at least 120 colleges and training institutions that participated in the exhibition, including the military and police academy.

UIN Jakarta booth, since the opening of the exhibition until afternoon on Thursday almost never empty of visitors. Most of them are students from high school / vocational school or madrasah aliyah, which deliberately invited by the committee.

The students were not only asking about new college admission but also campus location and public transportation route.

“I just know UIN Jakarta Campus from the alumnus that study there. But I don’t know the exact location yet”, said Siti, MA student from Bekasi.

Another visitor, such as Amalia from MA Al-Amin, East Jakarta also expressed her interest to study at UIN Jakarta. She hopes to get accepted as UIN Jakarta student even though she will have to compete at the selection process.

“Well, I only can hope and pray. I want to study in Communication and Islamic Broadcast Department of FIDK UIN Jakarta,” she said.

Despite the immense number of visitors, the booth Assistant seemed still eager to serve. They consist of employees and the number of students who are deliberately involved. (usa)