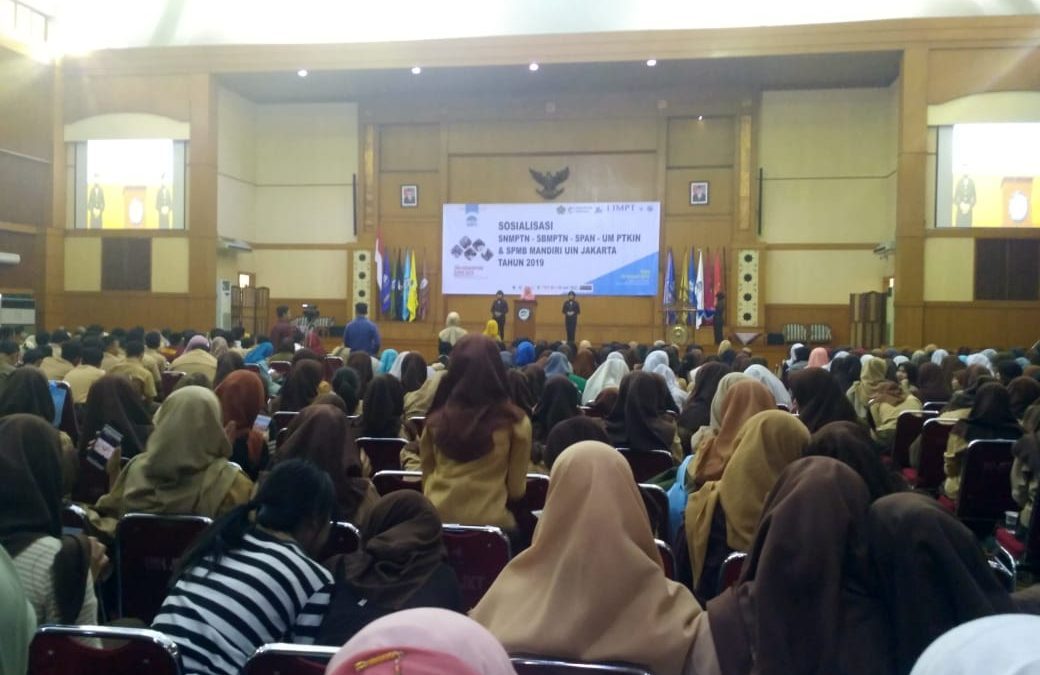 Rector in her remarks expressed her gratitude for the implementation of activity. She also expected that this event could deliver the accurate information about UIN Jakarta to the visitors.

“Hopefully this event can facilitate visitor, so they can obtain complete and accurate information regarding UIN Jakarta,” said Rector.

She also added that UIN Jakarta will invite the students to look at the conditions and academic atmosphere of the campus, which is known as a campus that upholds inter-religious tolerance.

“UIN Jakarta not only strives to produce high-qualified graduates, but also accompanied by good morality, so the integration between science and Islamic value soon will be realized. We will facilitate the actualization of students’ interests and talents in order to develop themselves into a better direction,” said Amany.

On the same occasion, Rector also motivated students to study harder so they could be accepted as UIN Jakarta Students.

“For information, more than 160,000 applicants who applied for admission, while the available quota was only for 7,000 students. I hope you managed to pass the selection process and accepted as student of UIN Jakarta,” she concludes. (usa)