To teach the basics of Islam, Nursing science student organize the Pesantren Kilat 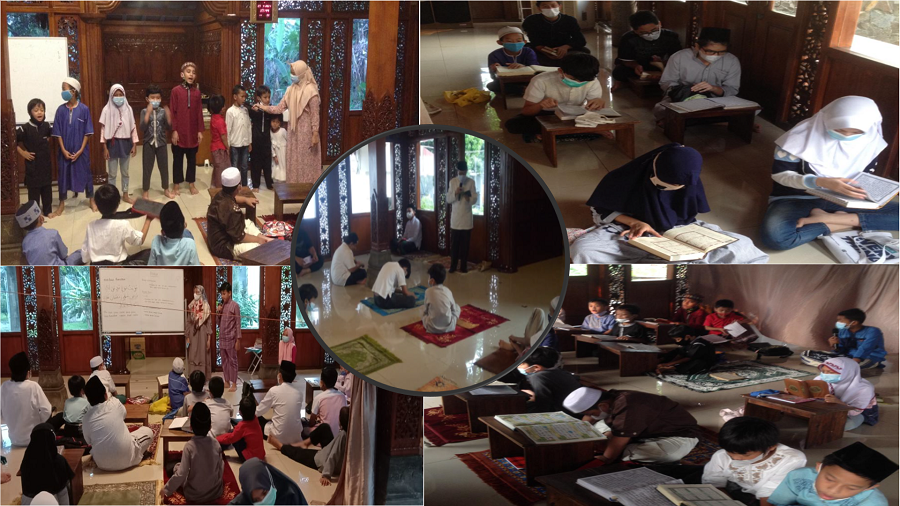 Ciputat, UIN News Online – Students of the Nursing Science professional program of UIN Jakarta organize the Pesantren Kilat at the An-Naafi mosque in South Tangerang, Banten from April 25 to May 2, 2021.

The Pesantren Kilat activity which is packaged in an interesting and cheerful manner teaches the basics of learning the Koran, Tahsinul Kitabah, Dinul Islam, Worship Practices, Adab and Prayer, Memorizing Short Surahs, and Reciting Shalawat.

The head of DKM mushola An-Naafi Pipip Ahmad Hasan Rifai PhD who is also a lecturer at Paramadina University said this activity is very suitable to be carried out by the academic community of UIN Jakarta.

Pipip feels proud that his alma mater is very concerned about improving human quality through character building for children to love their religion.

“Allhamdulillah, with this activity the children will be happy to be in a prayer room or mosque,” said Pipip, who is also an alumni of UIN Jakarta.

Meanwhile, the lecturer of the Nursing department, Karyadi, as the person in charge of the activity, said that the Islamic boarding school was a trial activity which took place in two places, namely the An-Naafi mosque and the Al-Kautsar Grand Mosque.

“In the future, this activity will be carried out by dividing a number of student, especially those from Islamic boarding schools, to be able to devote themselves as the front pioneers of Fikes UIN Jakarta,” he said. (usa/mf)