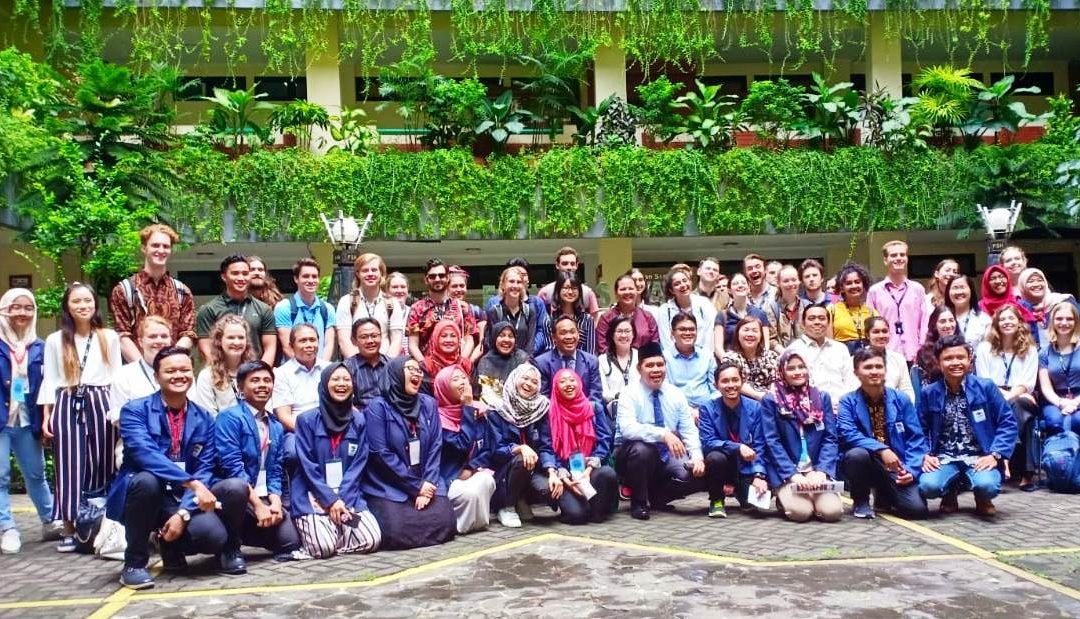 FSH, UIN News Online – 55 Law students from Australia, Canada and the Netherlands visited the Sharia Faculty and Law (FSH) UIN Jakarta, Thursday (01/17/2019). They are delegates from the Australian Consortium for ‘In-Country’ Indonesian Studies or ACICIS, a non-profit education consortium that was established in 1994.

These students will be studying law in Indonesia through the Law Professional Practicum (LPP) program, one of the AICICIS programs. In addition to positive law, they will also study Islamic law as a source of law in Indonesia. They will live and conduct their study in Indonesia for six weeks.

Asep in his remarks explained the profile of FSH UIN Jakarta as a faculty that specifically developed studies of both Islamic and conventional law. This can be seen from the specificity of each study program in developing studies of Islamic law and conventional legal studies through its study programs such as Constitutional Law, Criminal Law, Family Law, Sharia Economic Law, and Law Studies.

Separately, Deputy Dean for Student Affair of FSH UIN Jakarta Yayan Sopyah added the arrival legal science students from various countries have become an important way to foster the scientific tradition in FSH UIN Jakarta. “”Hopefully this event can continue to be developed in the future,” said Yayan

Based on UIN News Online observation, the delegates were divided into 10 discussion panels guided by FSH UIN Jakarta students. In each panel, UIN Jakarta FSH students presented the dynamics of Islamic law, including in Indonesia, to be discussed with delegate students. (usa)