To empower Afghani women, Rector of UIN Jakarta becomes a delegate in the AIWSN forum 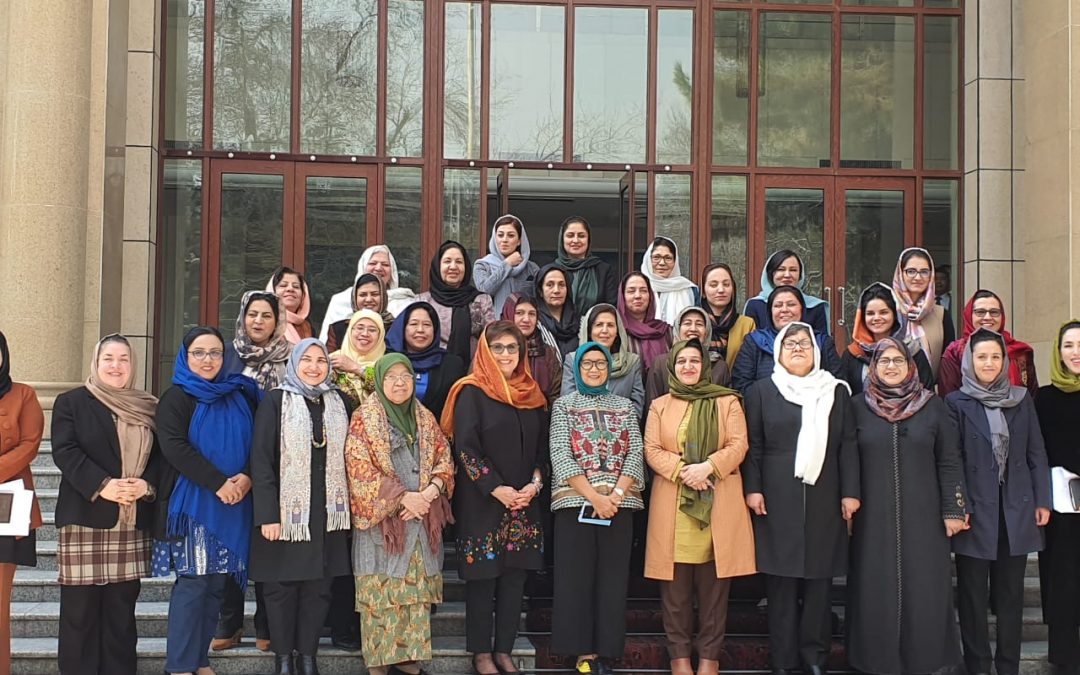 Rectorate, UIN News Online – The Rector of UIN Jakarta Amany Lubis became one of the delegates in the Afghanistan-Indonesia Women’s Solidarity Network (AIWSN) forum, on Sunday (03/01/2020) in Kabul, Afghanistan. Also present in the event, the Indonesian Foreign Affairs Minister Retno Marsudi along with other Indonesian women leaders.

Retno’s visit to Afghanistan is to establish a women’s network with Afghanistan to encourage Afghan women to contribute to the peace process in the war-torn country. “Together with Indonesian women leaders, I want to formalize the formation of the Afghanistan-Indonesia Women’s Solidarity Network (AIWSN),” she said.

To UIN News Online, Monday (03/02/2020), Rector Amany Lubis said, as a country that once experienced conflicts, Indonesia understands that the path to lasting peace is long and difficult. Indonesia’s experience also shows that promotion and protection of human rights, including women play a vital role in building and sustaining peace and prosperity.

“In fact, gender equality and women empowerment has become a key element in Indonesia foreign policy, including its active participation and contribution in maintaining the peace at regional and global level,” said Rector

To this end, she continued, there are several key areas that considered very essential in supporting the peace process in Afghanistan, namely the advancement of maternal and children’s health , the development of home-based enterprises for women, and promoting education to women in Afghanistan.

“I am convinced that women’s empowerment can make a decisive contribution towards stability, peace and security in the region,” she said.

For information, the UN Security Council Resolution 1325 on Women, Peace, and Security was the first security council resolution to recognize the interlinkages between women’s role in conflict prevention and peaacebuilding and the need to promote their rights in order to achieve conflict resolution and sustainable peace. The preamble to the Universal Declaration of Human Rights states that “the recognition of the inherent dignity and the equal and inaliable rights of all members of the human family is the foundation of freedom, justice and peace in the world”. (usa)