To build an underground stadium, UIN Jakarta teams up with ITB 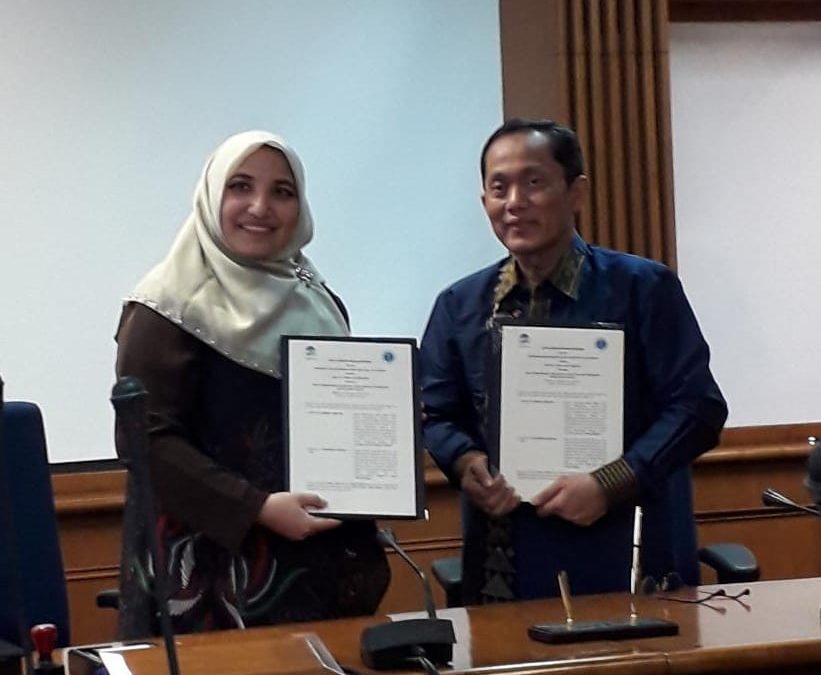 Bandung, UIN News Online – In order to realize the construction of stadiums and underground tunnels, UIN Jakarta will collaborate with the Bandung Institute of Technology (ITB). In this case, ITB will provide technical assistance to UIN Jakarta related to the construction.

The cooperation agreement was stated in a memorandum of understanding (MoU) signed between the Rector of UIN Jakarta Amany Lubis and Rector of ITB Kadarsah Suryadi in Bandung, Friday (08/09/2019). The signing of the MoU was witnessed by the Deputy Chancellor for Cooperation Andi Faisal Bakti, Head of the Cooperation Section Zulkifli Noor, and a number of ITB officials.

Kadarsah Suryadi said that they were happy and ready to help UIN Jakarta in realizing the construction of an underground sports hall. The assistance provided includes sending experts in building design, such as land contour mapping experts, building construction, and installations.

“We are ready to work collaborate with UIN Jakarta, which has given full confidence to ITB in designing and preparing plans to build the underground stadium. Additionally, ITB will provide consultancy assistance and technical guidance until the completion of development.” said Kadarsyah.

Meanwhile, Rector of UIN Jakarta Amany Lubis expressed her gratitude to ITB. She hopes the construction will be carried out very soon at the UIN Jakarta campus, precisely in Ciputat, South Tangerang, Banten.

The Chancellor added, UIN Jakarta has now submitted two proposals to the Ministry of Religion. First for the stadium construction project and underground tunnel and second for the land use project in Cikuya, Solear, Tangerang, in the form of the construction of Agro-Edu Park, Dormitories, and Language Centers.

“Hopefully everything will go smoothly according to the plan,” she said.

According to the Rectorr, the UIN Jakarta stadium building will be made four floors down. Some floors will be used for sports facilities and other floors for cafeterias and parking areas. All buildings are made with modern technology and are earthquake resistant.

The Chancellor said underground buildings are a new concept that would be applied at UIN Jakarta. This was done after the concept of constructing a multi-story building was no longer adequate in a narrow area of land and the number of buildings.

“This concept is like the construction of an MRT (mass rapid transite) or subway in Jakarta. Even in Japan itself, the concept of building downward has been widely used and designed with modern technology. In fact, Japan is an earthquake-prone country,” said Amany. (usa-ns)