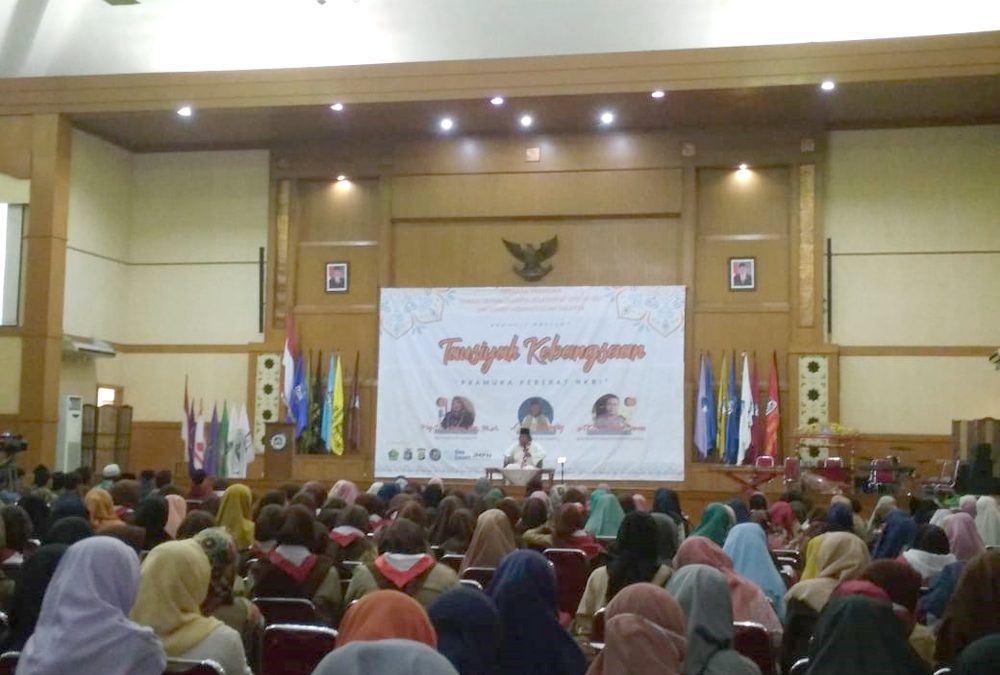 Ahmad Muwafiq said, Indonesia had its own agreement that had been formulated by the founding fathers, Indonesia must become an independent country and able to accept any diversity.

Gus Muwafiq also said that the people of Indonesia do not need to imitate the culture of other countries. As a citizen, respecting culture is also one of the main foundations. “In addition to technological and cultural advances, they also have complex problems, just like Indonesia,” he said.

Many countries are facing national problems, such as Palestine and Syria. Indonesia as the largest Muslim country in the world is often hit with cases of terrorism in the name of religion. However, Indonesia was able to overcome the problem.

“We must appreciate the Indonesia’s strategy in reducing the conflicts,” said Muwafiq.

Meanwhile, Vice Rector for Student and Alumni Affairs said that as the leading Islamic university in Indonesia, UIN Jakarta had launched various religious moderation programs that is aimed to reduce the nation and state conflict.

“Hopefully the UIN Jakarta Scout movement can help us to realize these ideals,” said Masri (usa)