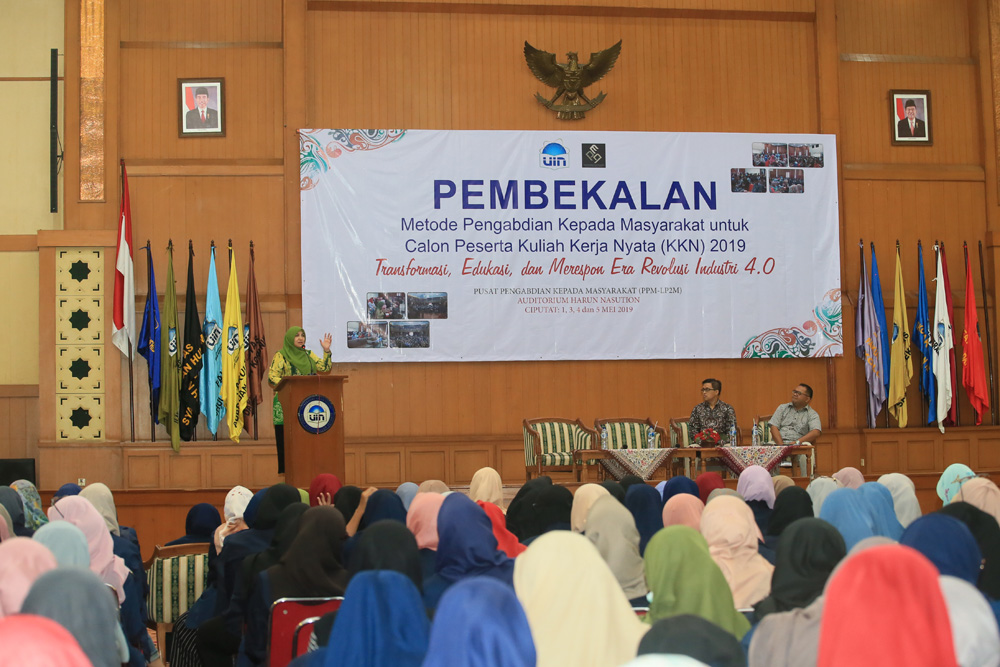 Main Auditorium, UIN News Online – Rector of UIN Jakarta Amany Lubis asks students to maintain the good name of the almamater. She also asked students to provide information to the public about UIN Jakarta as a moderate Islamic campus.

This was said by Rector when giving a briefing to the candidates for the Community Service activity (KKN) at the Harun Nasution Auditorium on Wednesday (05/01/2019) at Harun Nasution Main Auditorium, campus I of UIN Jakarta.

According to the Rector, KKN activity is a learning media for students to live live in a society through positive and productive activities in the community.

“You also have to be proud of the UIN Jakarta campus, as the best and internationally reputed campus,” said Rector.

If there are Non-Muslim residents at the KKN area, she continued, he participants are expected to be able to put forward a religious moderation attitude and explain about UIN Jakarta as a moderate campus (washatiyah).

The KKN implementation held by the Community Service Center (PPM) was attended by more than 3,600 participants. They will be deployed in 200 locations in two districts, namely Bogor, West Java, and Tangerang Regency, Banten, and will take place from July 23 to August 22, 2019.

“there were 200 groups divided by 100 groups in each district,” said the head of PPM UIN Jakarta Djaka Badranaya. (usa)