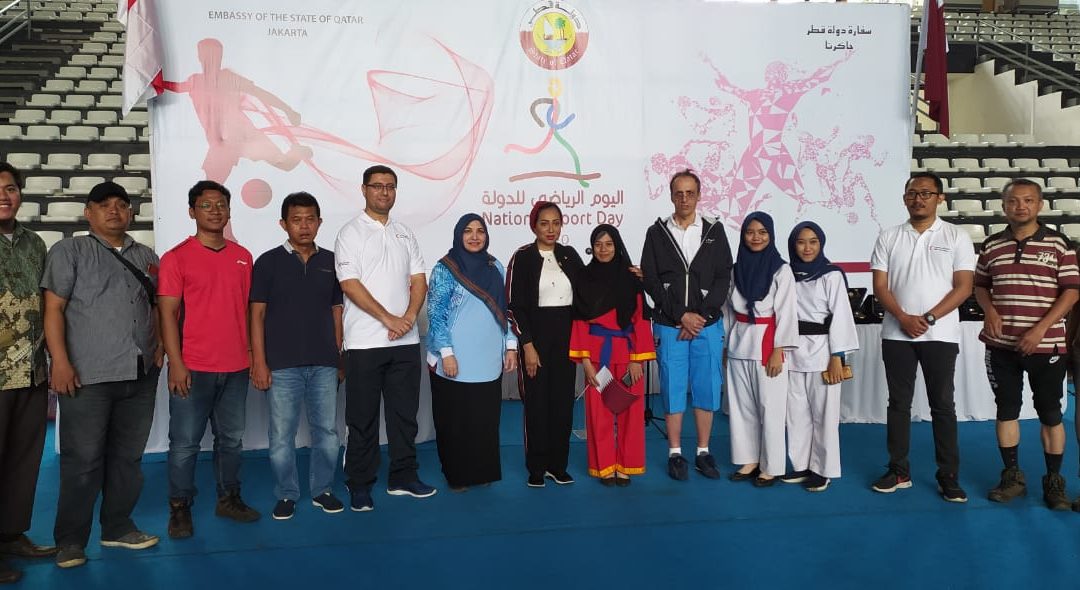 The award is given directly by the Qatari Ambassador to Indonesia H.E. Fouzia Idrees Salman al-Sulaiti. According to Fauzia, this award was given for their achievements and participation in Qatar National Sports Day in Jakarta, Tuesday (02/11/2020). “Hopefully we can improve the close relationship between the government and the people of the two countries, Indonesia and Qatar,” she said.

In response, Rector of UIN Jakarta Amany Lubis expressed her gratitude to the Qatar Embassy for their appreciation they gave to the students.  She also added, this also adds the Qatari government contributions which committed to help the sports facilities development in the UIN Jakarta.

“In addition, this also reinforces the positive outlook of the Indonesian people towards Qatar as a moderate Middle Eastern country, where women can appear in public leadership. The Qatari Ambassador herself is a female diplomat,” she added.

For information, the Embassy of Qatar in Jakarta has celebrated the National Sports Day on February, 11th, 2020.  The event was attended by the President of the Indonesian Olympic Committee Raja Sapta Oktohari, Rector of UIN Jakarta Amany Lubis, heads representatives of Diplomatic Missions of friendly countries, and employees of the Qatari company and Insitutions in Indonesia. (usa/zm)