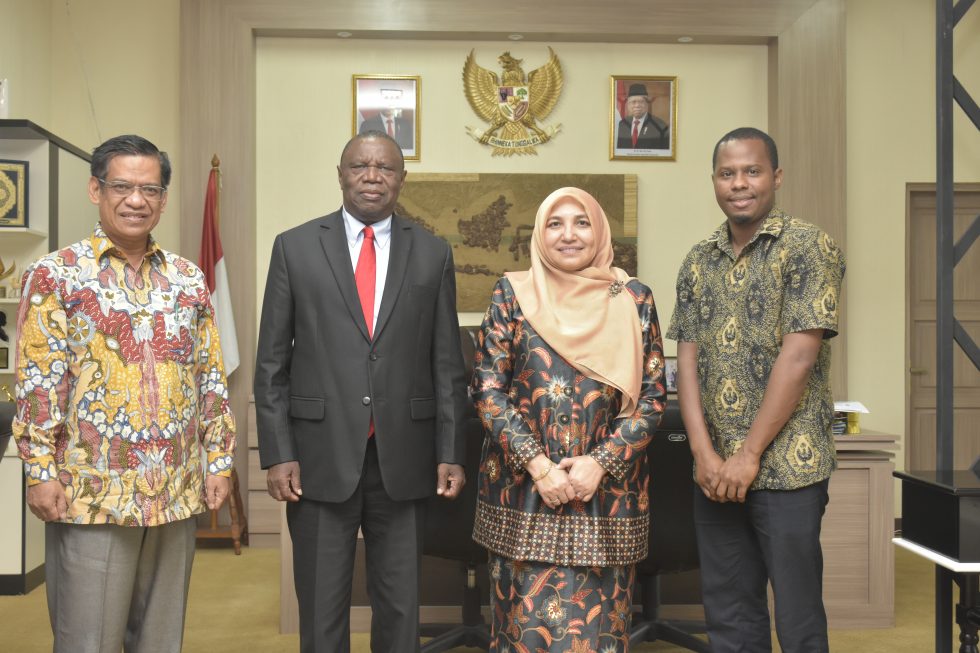 This was said by the Guinea Bissau Ambassador to Indonesia Carlos Antonio Moreno during the meeting with the Rector of UIN Jakarta Amany Lubis on Tuesday (01/07/20120). Also present in the event, Vice Rector for Cooperation Andi Faisal Bakti.

“I really appreciate the UIN Jakarta as a higher education institution that offers both Islamic and secular science education. In addition, I also appreciate the practice of Indonesian Muslim community that tends to be moderate,” said Carlos.

With such Islamic practice, Carlos is interested in bringing the Guinea-Bissau students and imams to continue their study at UIN Jakarta. “We will immediately prepare a collaborative plan for both parties,” he added.

In response, Rector of UIN Jakarta Amany Lubis positively respond the Guinea-Bissau initiative. “UIN Jakarta is very widely open for students and communities from various countries. In addition to studying in undergraduate programs, many of them study at the master’s and doctoral degree in various study programs,” said Rector.

UIN Jakarta, she continued, has been more seriously developing its research and academic programs. “Hopefully, we can realize these programs as soon as possible,” she hoped. (usa)