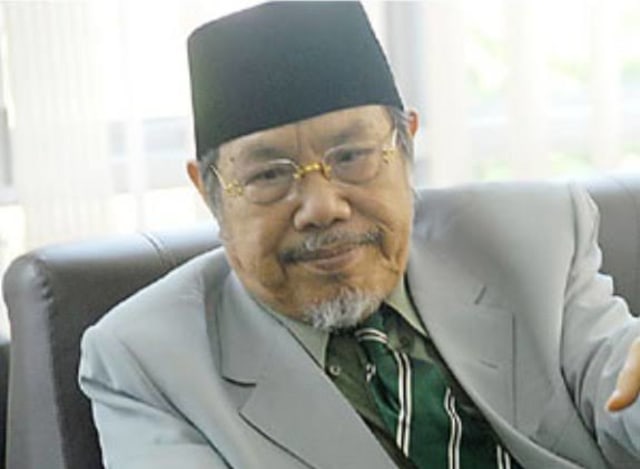 Rectorate, UIN News Online – The former Minister of Religious Affairs, Prof KH M Tholchah Hasan is a figure who provides inspiration in the development of religious life in Indonesia.

This was said by the Rector of UIN Jakarta Amany Lubis to UIN News Online through WhatsApp on Wednesday (05/29/2019). According to Amany, the late KH M Tholchah Hasan is a statesman who gives many good examples the institution he once led.

“As a Rector and in the name of UIN Jakarta’s academic community, I conveyed my deep condolences. May he (the late KH M Tholchah Hasan) get a glorious place beside Allah SWT,” said Rector.

M Tholchah Hasan was born in Tuban, East Java, October 10, 1938. He was the second rector of Islamic University of Malang (Unisma) before finally becoming Minister of Religion of the Republic of Indonesia in the era of Gus Dur.

As an Islamic scholar, M Tolchah Hasan is a person who has deep knowledge. His mastery of religious texts is indicated by his teaching activities in pesantren (Islamic boarding schools) and in various high schools. As a religious leader, he is also able to create fresh thoughts in respect of religion. He is also a very kind-hearted person.

Additionally, he also he also wrote several books, one of the popular book that he wrote is  Ahlussunnah wal Jamaah dalam Tradisi dan Persepsi NU. (usa)