The Death of Aufatul Khuzza is not Caused by Diphtheria 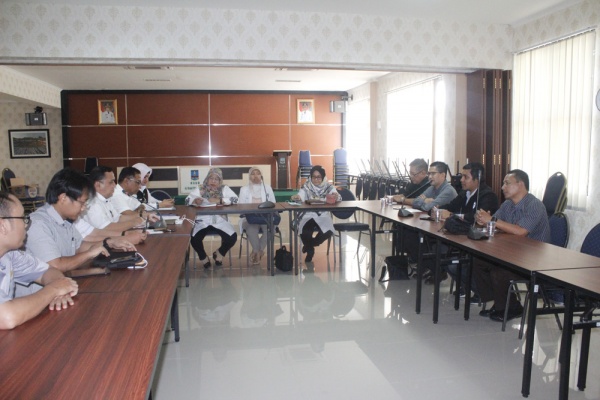 Rectorate, UIN News Online – The death of Aufatul Khuzza (19) or who is familiarly called Aufa is not caused by diphtheria infection. He died of a sore throat and a fever she had suffered for a long time.

This was confirmed by the Dean of the Faculty of Medicine and Health Sciences (FKIK) UIN Jakarta Prof. Dr. Arief Sumantri to the NEWS UIN Online in his office on Wednesday (3/1/2018). Arief said that after he and the team from FKIK confirm to the Banten Regional Hospital (RUSD) in Serang city where Aufa is declared dead. In addition to the hospital, the team also confirmed to the Provincial Health Office of Banten related to the death of 5th semester student of the Department of Arabic Language Faculty of Tarbiyah and Teacher Training.

According to Arief, the confirmation to RSUD Serang and Dinas Kesehatan was done on December 27, 2017. At the hospital, the team met directly with the Head of RSUD Serang dr Agus Gusmara and the Head of Banten Provincial Health Office drg Rostina.

“Based on the results of laboratory tests, Aufa declared negatively infected with diphtheria,” said Arief quoted the statement given the local hospital. Statement of the hospital is also to deny the news that says that Aufa died of diphtheria.

Arief pointed out that according to the direct information from the Head of RSUD Serang, Agus Gusmara, the hospital informed that on December 9, 2017 Aufa was referred to the local hospitals after receiving several treatments at the hospital near the residence of the deceased.

Clinically, he said, the symptoms experienced by the deceased is similar to diphtheria (suspect diphtheria). Therefore, the deceased then given anti diphtheria vaccination. In accordance with the procedure, Aufa was treated in an isolation room. During treatment in the room, the health condition of the deceased had experienced up and down.

On December 24, 2017, Aufa was declared dead at 18:05 and the memorial was held at her home in Carukcuk Village, Tanara Sub-district, Serang District.