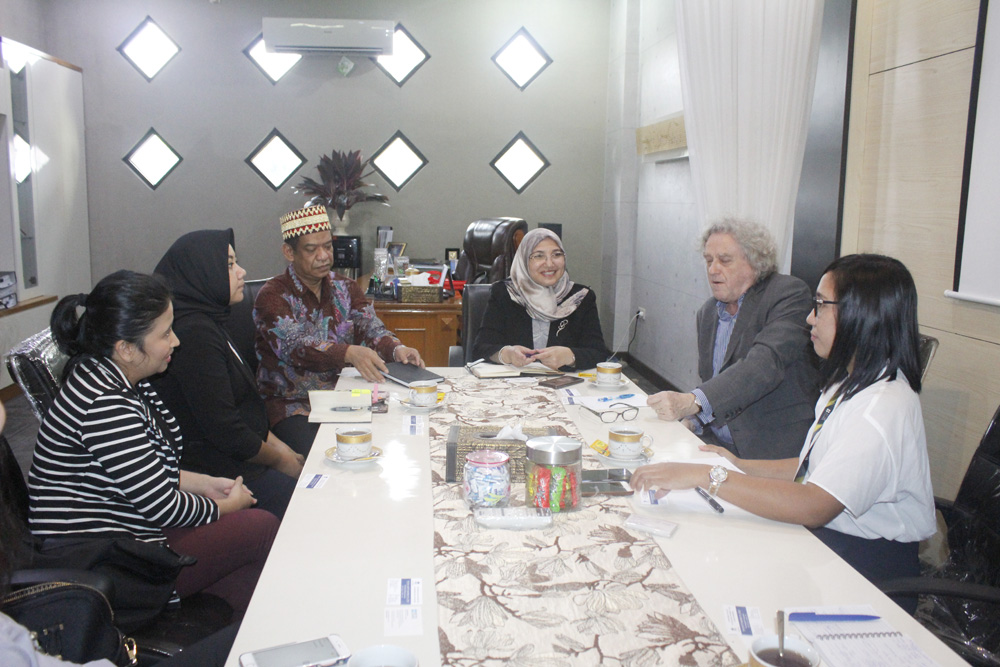 Rectorate, UIN News Online – The British Council Indonesia (BCI) offer free English courses for students and lecturers of UIN Jakarta through English for Indonesian program. The free courses will be rolled out through a collaborative Memorandum of Agreement (MoA).

This was said by the Director of BCI Paul Smith during the meeting with Rector of UIN Jakarta Amany Lubis on Monday (04/29/2019), at Rectorate building, campus I of UIN Jakarta. Also present in the meeting, Vice Rector for Cooperation Affairs Andi Faisal Bhakti.

Paul stated that he was very interested in choosing UIN Jakarta as a collaborative partner. According to Paul, UIN Jakarta is the Largest Islamic university in Indonesia that always contributed to the development of wasathiyah (moderate) Islam and Islam rahmatan lil ‘alamin (a mercy to all creation).

“BCI will provide free courses and training, both for lecturers and students. In fact, BCI also offers a double degree program between the University of Birmingham and UIN Jakarta,” said Paul.

Paul also added that on May 13, 2019, there would be two professors from the University of Birmingham to explore the cooperation scheme with UIN Jakarta.

In response, Rector of UIN Jakarta Amany Lubis positively welcomed the program offerings. She hopes that the English language proficiency of the UIN Jakarta academic community will increase along with the rapid advances in technology and global developments.

“The technical matters will be arranged by the Center for Language Development (PPB) and Graduate School (SPs) of UIN Jakarta,” said Rector. (usa)