The AUN-QA assessors to evaluate the 3 study programs 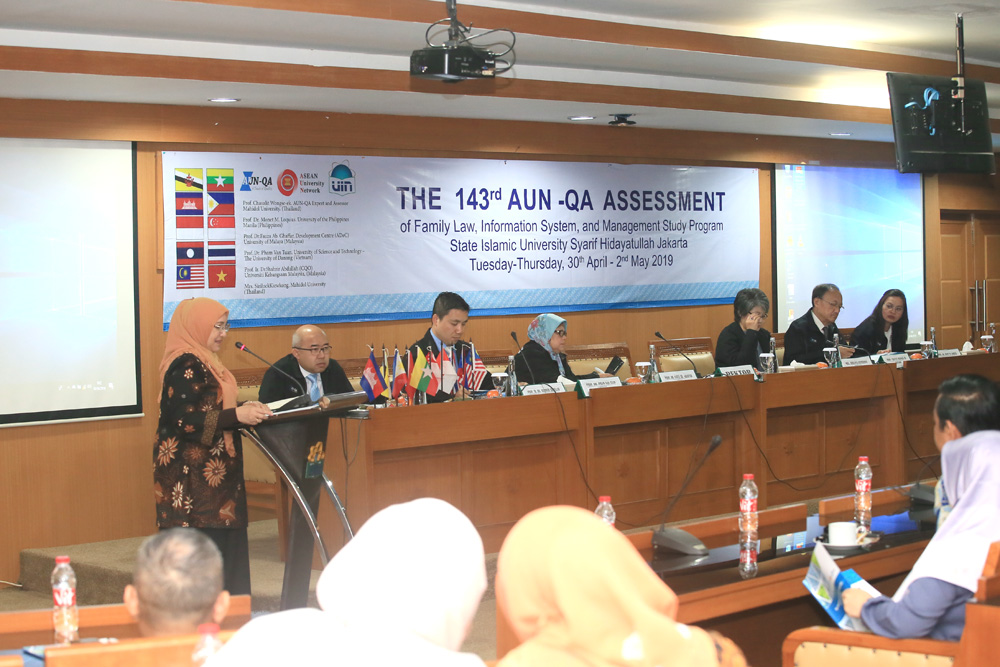 Diorama Room, UIN News Online – UIN Jakarta is committed to improving its education and teaching quality that can compete internationally. That was said by Rector of  UIN Jakarta Amany Lubis when receiving assessors from the ASEAN University Network on Higher Education for Quality Assurance  (AUN-QA) on Tuesday, (04/30/2019) at Diorama Room, campus I of UIN Jakarta.

“To obtain quality assurance certification in ASEAN, the presence of the AUN QA is considered very important,” said Rector.

Therefore, she hopes that the AUN-QA assessor team can provide positive feedback for the progress of UIN Jakarta in the future. Additionally, Rector also asked the teams from the three study programs to follow all the suggestions given by the assessors during the assessment process.

“We hope the assessment of the AUN-QA would bring benefits for UIN Jakarta to improve its reputation at the global level,” she said.

Meanwhile, Syahrir Abdullah from the AUN-QA expressed his appreciation to UIN Jakarta for their trust and support with AUN standards of assesment. He also explained that the key feature of AUN-QA is the process and continuous improvement related to education, teaching, and learning. It is not aimed at accreditation but assesment for improvement.