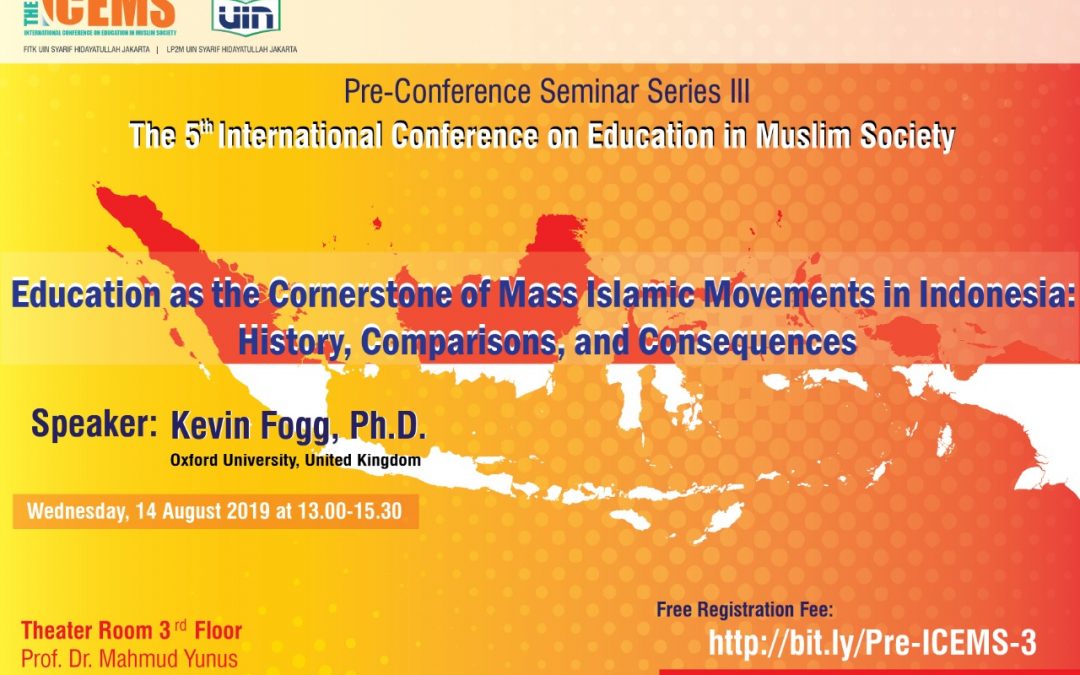 FITK, UIN News Online – As a series of activities of the International Conference of Education on Muslim Society (ICEMS 5th), the Faculty of Tarbiyah and Teaching Sciences (FITK) UIN Jakarta will organize the Pre Conference Seminar Series 3 on Wednesday (08/14/2019) at the Mahmud Yunus Theater, FITK Building, campus I of UIN Jakarta.

This was said by the Chair of the 5th ICEMS Executive Didin Nuruddin during the 5th ICEMS committee coordination meeting, Wednesday (07/8/2019) in the FITK Meeting Room.

FITK UIN Jakarta was very lucky, continued Didin, with the arrival of world class speakers. Hopefully this event will run according to the plan.

“Insha Allah, we keep the spirit and focus to make the ICEMS conference successful,” he added.

He informed, for the Pre-Conference registration with the theme “Education as the Cornerstone of Mass Islamic Movements in Indonesia: History, Comparisons, and Consequences” can be done through http://bit.ly/Pre-ICEMS-3.

“Please disseminate it to lecturers and students, both UIN Jakarta and the public. There are snack and e-certificate facilities, “concluded Didin to UIN NEWS Online. (usa/lrf/mf)