Sukron Kamil: FAH Should Be the Pioneer of Islamic Civilization 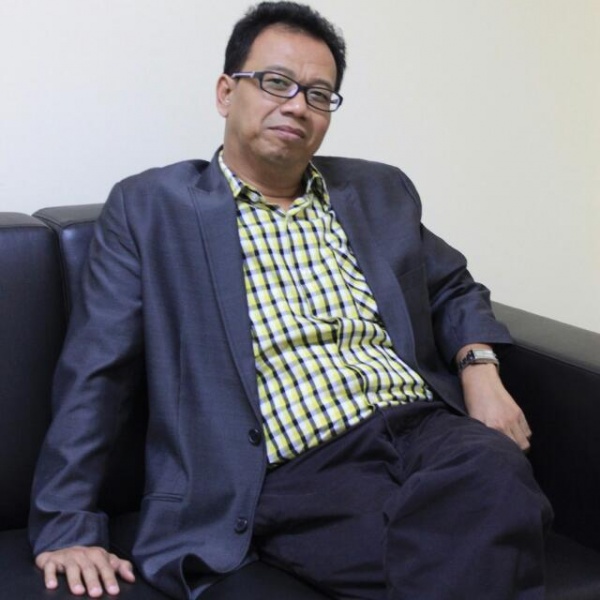 FAH Dean Office, UIN News Online – Faculty of Adab and Humanities (FAH) UIN Jakarta is preparing itself as a faculty capable of putting forward the attitude of adab and humanities in building human civilization.

“FAH is expected to be a pillar of Islamic civilization that was born from UIN Jakarta, by evoking the spirit of thought in the environment of students and lecturers around FAH,” he said.

For this reason, Sukron expects both students and lecturers in FAH UIN Jakarta to be actively involved in advancing this Islamic civilization. FAH should be the pioneer of Indonesian Islamic civilization. Historically, famous ulemas in the golden age of Islam, not only born from the Islamic Peninsula. From here, FAH could be the reason of being a pioneer.

Well known ulemas of the golden age of Islam, especially in the field of philosophy that came from the Arabian Peninsula is only al-Kindi. Ulema such as ar-Razi came from the territory of Ray which is now the territory of Iran, then Ibn Sina and al-Farabi is also came from the Iranian territory,” said Sukron who is also the author of Teori Kririk Sastra Arab, Klasik dan Modern.

Moreover, Sukron explains that we can see when an Islamic civilization emerged in Spain that became home to three religions. Even Jews at the time of Islam in Spain experience the peak of its philosophy, precisely when they are in the power of Islamic Spain. Even when we talk about fiqh, Imam Hanafi is a Persian, not from the Arabian Peninsula.

According to Sukron, history of Islamic civilization can be seen from three analyzes. First, Islam is a religion that emphasizes achievement. This means that human beings are not seen from goods owned or economy class, but the award is given because of achievement. Second, equality in Islam is strong enough, so there is no Arabian privilege. Even in some books, the orientalists also revealed that the non-Muslim position in Islamic civilization to have a far more protected position than the Muslims under the power of Non-Muslims.

“This means that Islam upholds the equality, even in Islamic history there is a ruling slave group called the Mamluk Dynasty. The Mamluks were from slaves taken from the Ayubiyah dynasty to become soldiers, then finally able to rule. And a third analysis, as Ibn Khaldun’s theory puts it, namely when the Arabs were already well-established tend to be in a comfortable and spoiled state,” said Sukron.

Sukron sees, in Islamic civilization, Arabs originally has the power, but such condition makes them become too comfortable. These conditions then make other Islamic nations strive to rise and catch up. “This is what makes the Persians at that time finally emerged and took over the Islamic civilization,” he added. (usa)