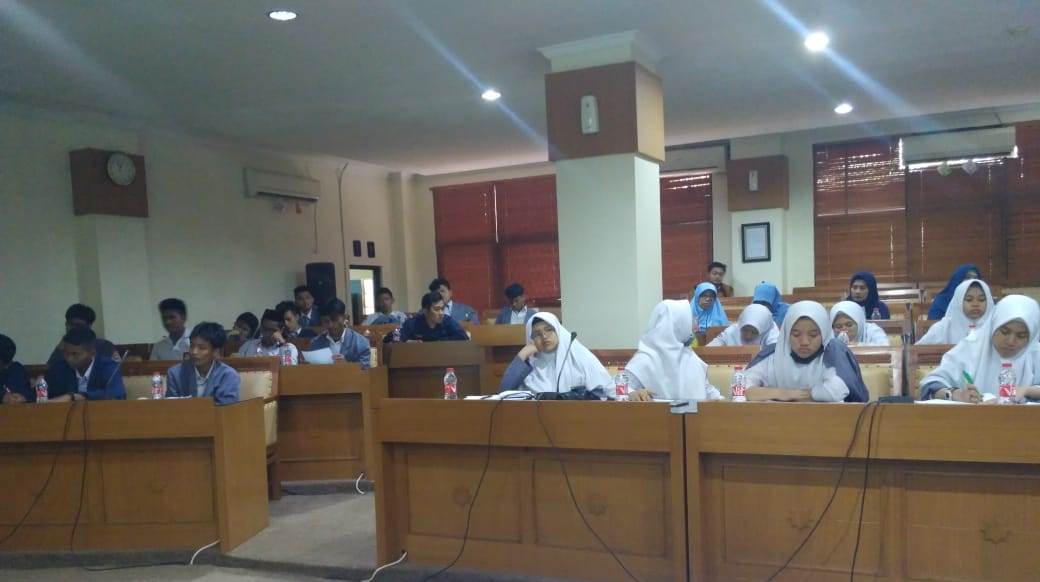 Kusnadi in his speech said this activity was held in order to introduce the students to the University life as well as to provide experiences on outer high school environments. “Through this activity, we would like to introduce our students into university life, ranging from the faculties, study programs, as well as the academic activities,” he said.

Meanwhile, one of publication and documentary staff, Taufan Maulana in his presentation explained, UIN Jakarta is one of the famous Islamic universities in Indonesia and even at the international level. UIN Jakarta has 12 faculties, including graduate school (SPs), with 58 courses, both religious and secular studies.

Based on UIN News observation, the participants were very enthusiastic in listening to the presentation. Some students ask questions related to the faculties and departments, tuition, scholarships, dormitories and other facilities as a learning support instrument provided at UIN Jakarta. (usa)