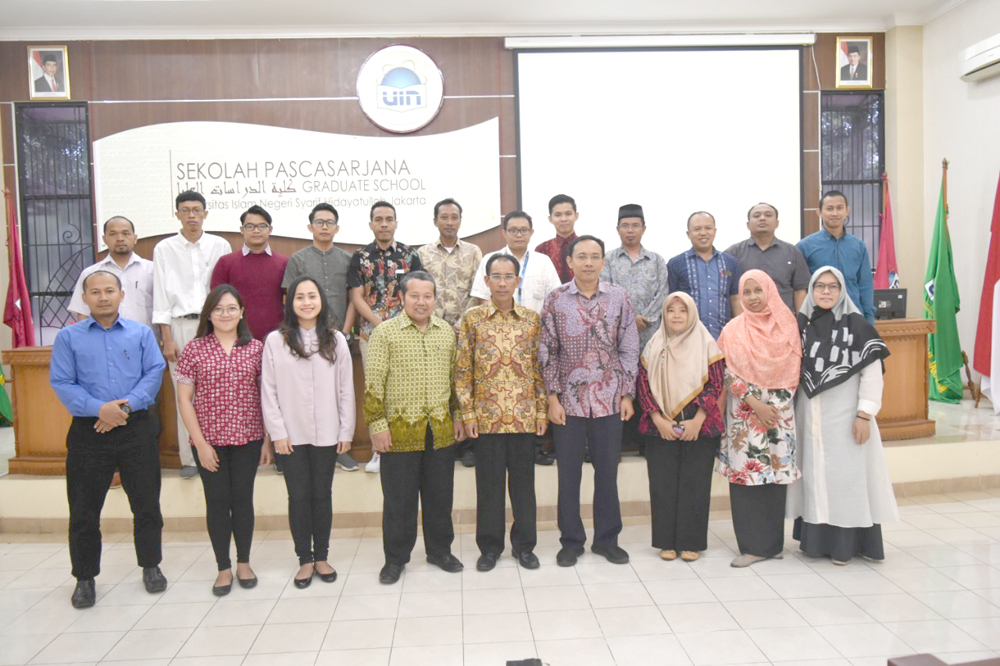 On the occasion, a brief orientation was held regarding the lecture system at the SPs UIN Jakarta, such as introducing several compulsory subjects and matriculations which must be taken by the students.

“New students must know what compulsory subjects they are required to take and what the mechanism is,” said Hamka to UIN News Online, Monday (09/16/2019).

According to Hamka, there are at least three main courses that must be taken by the doctoral program stuedents. These courses are language courses, matriculation courses, and compulsory subjects.

“For students from STT Baptists, there is a History of Islamic Civilization course and Arabic as a matriculation course,” he added.

For information, the seven lecturers will take full regular courses at the SPs UIN Jakarta. They will also receive the same rights and facilities as other students, both from the scholarship and regular admission.

Previously, the Chairman of STT Baptis Kavalri Ang Harjunadi Sudarma said that cooperation with UIN Jakarta, especially with the SPs UIN Jakarta is based on diversity relationship. This is because STT Baptist Calvary and UIN Jakarta are higher education institutions under the guidance of the Ministry of Religious Affairs and have a joint mission in fostering their respective communities. (usa/ns)